The families of US diplomats have been ordered to leave Ukraine 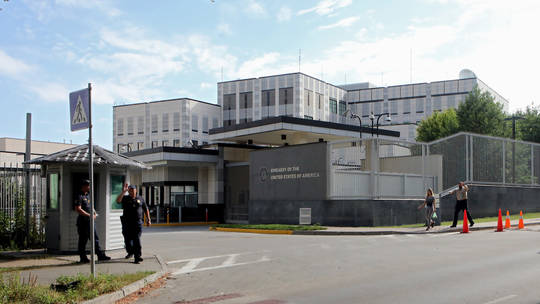 The families of US diplomats have been ordered to leave Ukraine, while some embassy staffers were authorized to depart on a “voluntary” basis, according to an updated travel advisory that reiterated claims of a “continued threat of Russian military action.”

“There are reports Russia is planning significant military action against Ukraine,” the State Department said on Sunday, adding that it “authorized the voluntary departure of US direct hire employees (USDH) and ordered the departure of eligible family members (EFM).”

American citizens were once again strongly advised not to travel to Ukraine, while those already in the country were told to “consider departing now using commercial or other privately available transportation options.” The highest “Level 4: Do Not Travel” advisory for Ukraine, citing Covid and “increased threats from Russia,” has been in place on the Department of State website for more than a month.

The US had previously warned its citizens that they should not “anticipate that there will be US government-sponsored evacuations,” should a war take place in Ukraine, suggesting that they use the available commercial flights instead.

Moscow has repeatedly denied accusations that it’s planning an invasion of Ukraine, which have been made by the US and its allies since November last year, describing the claims as groundless attempts to instill “hysteria.”

According to the Kremlin, it’s the West that has been stirring tensions in Ukraine by supplying weapons to Kiev – which is embroiled in a “frozen” conflict with self-proclaimed republics in the southeastern Donbass region – and intensifying the NATO buildup in Eastern Europe.