Zimbabwe: Government minister July Moyo has been implicated in a massive land scandal

LOCAL Government minister July Moyo has been implicated in a massive land scandal in Masvingo after it emerged he is piling pressure on the ancient city’s local authority to cede vast tracts of land to an Indian investor in a murky deal. 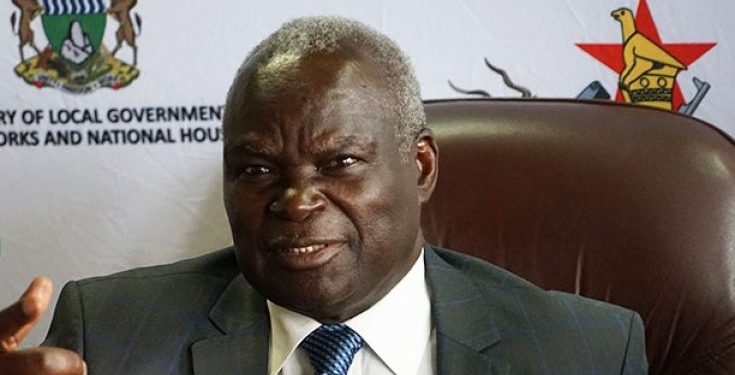 The company, known as Simbi, retrenched some of its workers in 2019 due to financial challenges, yet is eyeing a multi-million-dollar project which requires huge tract of land.

Currently the company has almost 50 hectares, of which it land has managed to utilize just 15.

Even so, it is now demanding 200 hectares from the local authority.

Sources at the Masvingo Town House said some councilors and management staff are vouching for the deal trying to please July Moyo despite warnings the deal could spook other investors and residents.

“We have people who are supporting such kind of deal just to please the minister forgetting that the same company still has a lot of land which it hasn’t utilised. The situation is tricky because representation in council weighs in favour of Zanu PF and management which also plays a key role and are appointed by the minister,” a source said.

Sources also suspect the company could be inducing government officials to push for the deal.

With growing pressure from top government officials, the deal is said to be close to certain and soon the company will have their request approved.

Other sources also say the company has rejected a 50-hectare lease offer from council, maintaining the 200-hectare request which they demanded should come with title deeds to the land.

Recently some council officials were invited by the company where they were notified of how the company would want to utilise the land.

The proposal comes at a time where the city has a ballooning housing waiting list and a very mediocre Industry which they hope to revive by selling Industrial stands that fall within the land identified by the steelmaking company.

Masvingo mayor Collen Maboke confirmed that a request has been put forward by the company, but nothing has been cemented in relation to the proposal.

“We are yet to make a resolution pertaining to that issue. The company has requested that council investigates a possible extension of their workspace but as of now we haven’t reached any decision. Council does not make rushed decisions and we do what is best for the city,” Maboke said.

Contacted for comment, July Moyo denied any involvement in the deal, but said he would support businesses with the potential to grow.

“I’m not privy to that issue and have never interfered in issues of land allocation in Masvingo or anywhere else. What I am privy to is the promotion of business. Allocation of land is done by the local authority,” Moyo told NewZimbabwe.com.

SIMBI Steelmakers Group of Companies Logistics Officer, Tabonga Gwerena declined to comment on the matter referring all questions to the general manager.

“I am not the right person to answer on that issue but you can come to the plant and see the general manager,” Gwerena said.

When asked to avail the Manager’s number, he said: “You can come and book an appointment to see him.”

Many communities across the country have been involved in nasty fights with foreign investors over land grabs.