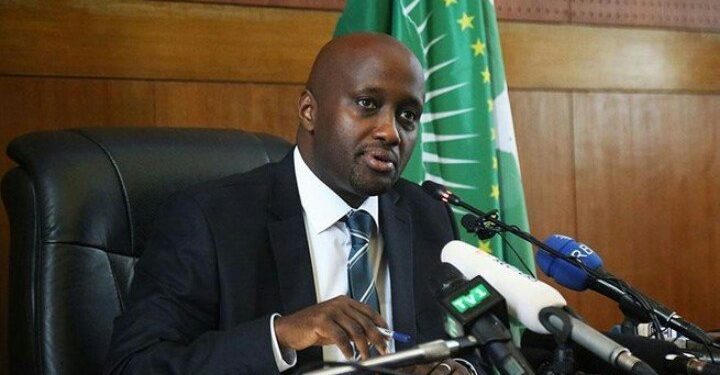 According to a communique issued by the country’s Prime Minister, Nduhungirehe was removed from office, “for consistently acting based on personal opinions over government policies, while serving as Minister of State in the Ministry of Foreign affairs and International cooperation in charge of East African Community.”

Nduhungirehe has been leading the Rwanda team in talks with Uganda, following a standoff that led to the closure of the Rwanda border with Uganda at Katuna-Gatuna, last year.

Responding to the news of his sacking, he tweeted, “I am grateful to H.E Paul Kagame for the trust bestowed in me for the past two years and a half, when I was privileged to serve as Minister of State for Foreign Affairs in charge of the East African Community. I am committed to continue serving my country & Rwanda Government in another capacity.”

A career diplomat, Amb Nduhungirehe has been holding multiple positions in the current Rwandan regime; a Minister, Counsellor and Permanent Representative to the United Nations.

He was appointed minister of State for Foreign Affairs in 2017 but he retained his posting at the UN, a position he had held since August 2010.

Between 2007 and 2010, he was at the helm of Rwanda’s mission in Addis Ababa, Ethiopia as the First Counsellor.

A graduate of the Solvy Business School (Brussels), he boasts of a master’s degree in Tax Law.