After completing a sweep of all national club competitions, winning everything in sight last season, Malabo Kings qualified for the CAF Women's Champions League playoffs. 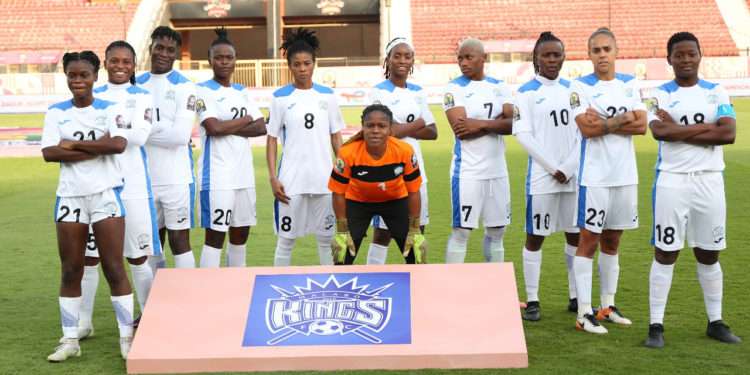 The Malabo Kings Women’s team went on to the regional rounds and got deserving victories in central Africa, beating Louves Minproff of Yaoundé and Amani of Congo in both the first and second legs, wins that gave them a place in the qualifying rounds.

On the back of their impressive and impeccable performances, they were one of the teams to watch out for when they arrived Cairo, the Egyptian capital on November 3, venue of the competition.

They played their first match on November 5 against Hasaacas Ladies F.C.  Ghana, a match that was played at the June 30 stadium, in which they lost.

That loss could have been interpreted by others as a reason to be discouraged, however, the Kings dusted themselves off from that loss and focused totally on their next game, knowing fully well a win would get them back into contention and they could build a title charge from there onwards.

And so it was, as their second CAF Women’s Champions League game,against Egypt’s WadiDeglawent according to plan, resulting in a 3-0 winthanks to a brace fromStephanyDrephoba and the other from Grace Balongo, who won the woman of the match award.

The Equatorial Guinean Champions were now one win or even a point away from the semi-finals. On November 11, they squared off against AS Mandé de Mali at the Alsalam Stadium, where a 1-1 draw and the four points were enough to seal a place in the last four as group A runners-up.

Malabo Kings Women’s team will continue their journey towards another piece of history when they take on South African side, Mamelodi Sundowns, on Monday, November 15, 4pm local time.