Arsenal playmaker, Mesut Ozil, has disclosed that he is ‘fit and ready’ to feature for the Gunners when they take on Fulham in the Premier League opener on Saturday afternoon. 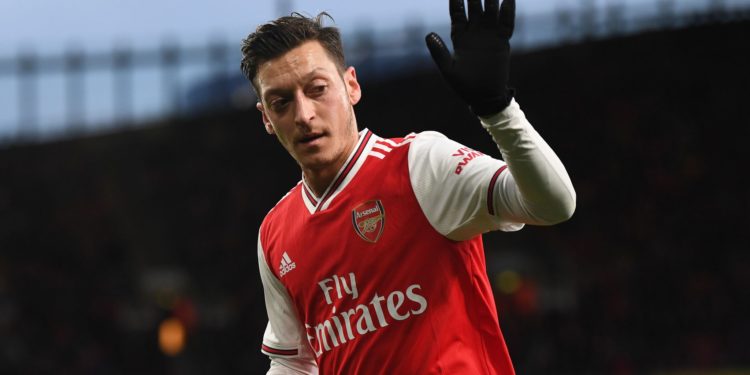 Ozil also admitted that it is not in his hands to decide his inclusion in the Arsenal squad to face Fulham at Craven Cottage.

The 31-year-old stated this in a question and answer session on his official Twitter handle on Wednesday.
When asked by a fan if he was fit to play against Fulham on Saturday, Ozil said: “I’m fit & ready and doing my best.

“Unfortunately it’s not in my hands to decide about the squad on the weekend. We will see.”

Recall that Ozil has not been picked by Arsenal manager, Mikel Arteta, since football resumed after the COVID-19 break.

The former Real Madrid star was also not included in the Arsenal squad that won the Community Shield against Liverpool last month.

It is believed Arsenal are eager to get Ozil, who is their highest earner off their books this summer.