IN PURSUIT OF GLORY: The Journey — Roque Nchaso

RN has clearly shown he is ready for the demands necessary, in some cases, to get to the top and his journey is one to keep an eye on. 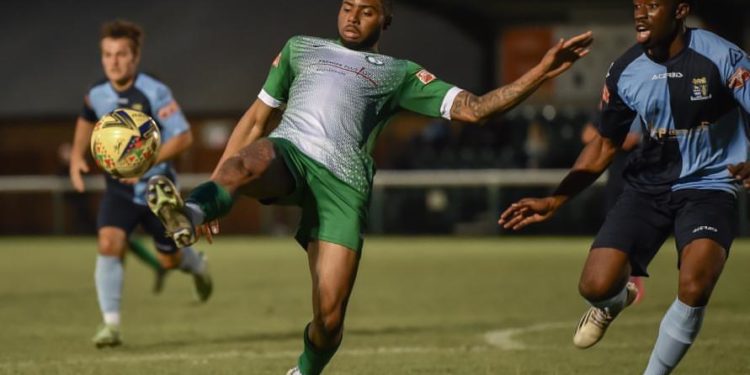 Get the attention of scouts while playing for your local team, receive a scholarship from a top division side, get into the academy and hope or pray to make the cut! For many young footballers looking to go professional, one of the most crucial day of their career could be the day academy graduates are promoted and released.

Over the years, more former youth players have gone public to discuss the mental toll being released has had on them with some having to suffer bouts of depression and even contemplate suicide. According to Roque Nchaso, a former academy player and first team prospect at West Ham, he was one of the players dropped by the Hammers in 2018 and his world came crashing down.

‘’I got depressed after West Ham released me and I got the news via my agent. I did not leave the house for about two, three weeks and in that time, thought of suicide,’’ he said. Roque joined West Ham at the age of 16. A centre back by trade, he can also deputise in a right back role. While at local club, Cleethorpes Town FC, a scout from the Premier League side spotted his talents and immediately recommended him to the club. With such an opportunity presented to him, and like any kid I know, he took it, and straight into the U-18s, he went. Despite him being new to that level of football, the youngster held his own, excelled and after a while was moved up to the development squad, and was part of the trip the U-23s made to Hong Kong for a tournament in May of 2017.

With the holidays looming and roster of players who will be given first team contracts, promoted, set to be announced, Roque, was filled with high spirits. However, all that changed that summer with the news from his Agent. He did not make the cut. He had been released. Soul crushing.

While his Agent looked for other opportunities for him in the football pyramid, Roque was battling depression in his home and it took the intervention of the agent to save him from himself. Seeing that his client was not making any progress mentally, he eventually sought the help of a Therapist and together, they were able to bring Roque out of that space. Until this day, he says one of the things that helped in bringing him back was something his Agent said – “only West Ham told you no, there are other clubs in the world.”

That summer, the search for a new club commenced. From the top of English football to bottom, Roque and his Agent went in search of a club. The boy who came to England for education and then found football was not going to give up on his dreams so easily.

Having spent months in search of a new team, he eventually found one but many levels below where he was coming from Bowers and Pitsea  FC. At the new club, Roque enjoyed a new lease of life. He was signed to the U-23 team but after a series of starring performances, he was promoted to the senior in March of 2019 and much to his delight, Bowers and Pitsea  FC emerged as one of the promoted teams in the division.  That was not the only success he enjoyed that season as the U-23s, where he had been an important member for most of the season, won their league.

It had been a great first year there but not long after, Roque picked an injury. His first, since he started playing and that just proved to cost him more. Not knowing the gravity of the injury, he kept on playing, trudging on and heaping more exertions on the injured left knee. He was out for eight months, between May 2019 and January 2020.

With the injury and eventually the covid-19 pandemic, Roque had to move on from Bowers and Pitsea as his contract had expired. Despite that, he was full of praise for the Coach, John Guyton, who he said, “he looked after me as if he was my father.”

After recovering from the injury, he went on trials at Dover Athletic, but the effects of the injury and long-term absence from the game prevented him from performing at the level he knew he could. One not to give up, Roque, who at this point had a new Agent, decided to look for opportunities outside of England and off to Croatia he went.

On arriving Croatia in July of 2020, he’d hoped to impress and he did just that, was offered a deal, but at the end of the day, did not sign. He went on to Gloria Bistrita FC in Romania. Just like Croatia, same thing occurred. Asked why he didn’t sign, he mentioned an experience with the Agent who turned out to be a bad experience for him.

He went back to England.

Roque eventually signed for Carshalton Athletic in September of 2020 and in the summer of 2021, he moved on to Biggleswade Town FC in the Southern Central Division, having signed a one-year deal.

New adventure!! Happy for the opportunity given💚🤍 @Biggleswade1874

Still only 21, Roque Nchaso, has had quite the ride. Enjoyed ups, had downs, but more importantly, he has held on to the belief that he has what it takes to cut it at the top and will continue to work hard and seek opportunities that will take him there. One of the best moments of his career thus far was while at West Ham. Having always wanted to play for his national team, the Nzalang Nacional of Equatorial Guinea, he was called up to the national team. A delight to him and his family. He had grown up admiring a jacket of the national team his grandfather had and longed for the day he would wear the colours of his country.

“I have learnt that you have to work really hard. You have to honour every step of the journey, going step-by-step. As a young player, you want results quickly but sometimes that could take just a little bit longer” he says.

On what his short-term goals are, Roque just wants to play as many minutes as he can, learn, improve and enjoy football once again. Another goal of his is to earn a recall back to the national side and move up the ladder in the game.