One of the other occupants, Stephen Ole Marai, was being treated in hospital for rib injuries, while others were taken to hospital 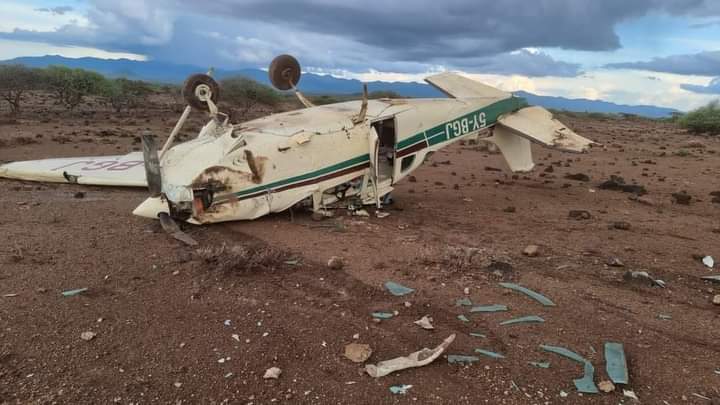 Two-time Olympic champion David Rudisha, described his plane crash as a “scary episode” as the plane carrying Rudisha and five others came down in Kajiado county in south-east Kenya on Saturday.

“All was well close to seven or eight minutes into the flight when the engine of the plane suddenly went quiet,” he revealed to the local press. Further adding that he (the pilot) saw some clear space where he tried to land the plane, but one of its wings hit a tree as the plane started to spin before landing on the rocky field.

“The pilot did an incredible job to keep the plane afloat and stable for long.”

Two-time Olympic 800m Champion David Rudisha and five others escaped with injuries in a plane crash on Saturday at Imbirikani in Kajiado County after attending the Annual Masai Olympics event at Kimana Wildlife Sanctuary!

Rudisha, who won gold at London 2012 and Rio 2016, is unharmed. One of the other occupants, Stephen Ole Marai, was being treated in hospital for rib injuries, while others were taken to hospital with minor injuries but later discharged.

Rudisha was returning from the annual Maasai Olympics at Kimana Wildlife Sanctuary in Kajiado county.

Now retired from top-level athletics, he has suggested that he is considering moving into coaching.

He survived a car accident on the Nairobi-Kisumu highway in August 2019 when a tyre burst and his SUV collided head-on with a bus.