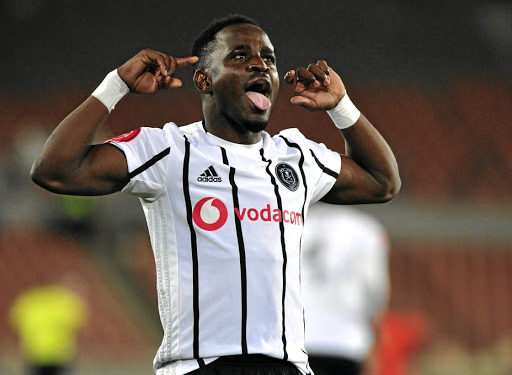 The match marked the resumption of league in the Rainbow Nation after about five months of inactivity due to the Covid-19 pandemic.

Mhango is the league’s current leading scorer with 14 goals and was hoping to further widen the gap with his competitors Bradly Grobler of SuperSport United, AmaZulu’s Bongi Ntuli and Highlands Park striker Peter Shalulile.

The three are breathing down Mhango’s neck with 12 goals apiece.

However, the former Nyasa Big Bullets forward fired blanks on several occasions as Sundowns’ defence rose to the occasion and neutralised his venom.

Mhango scored the lone goal which separated the two teams on January 15 this year and Pitso Mosimane’s charges did not need to be reminded about the danger he posed.

The Rumphi-born star’s failure to score on Tuesday has given a chance to Shalulile who can catch up if he scores twice when Highlands Park take on Sundowns tomorrow.

The same applies to Ntuli whose side, AmaZulu, faces Baroka on Saturday while Grobler will be in action on Sunday when SuperSport line up against John Maduka’s Bloemfontein Celtic.

Moyo said the Malawian should not be discouraged after failing to score on the league’s return as there are more games to play before the season winds up.

“When a season is heading towards the end, a lot happens. Competition tends to get stiffer in all aspects, so it will not be easy for Gaba to score in every game. But I have the confidence that he will regain his scoring boots in the forthcoming games.

“The only challenge is that other strikers are also hungry for the accolade and will also be scoring along the way. We cannot be so naïve to start thinking that Ntuli, Grobler and Shalulile will be firing blanks in the remaining matches. We can only wish Gaba well considering that the Tuesday game was the first game of the league’s restart. Our hope is that Gaba will remain Gaba and lift the golden boot award,” Moyo said.

The barren stalemate took Pirates to third position with 41 points from 24 matches.

Kaizer Chiefs lead with 48 points from 22 games while Sundowns are second with 45 points having also played 22 games.

Meanwhile, Flames defender Limbikani Mzava returns to the field of play tomorrow night in a tight contest against Sundowns.

Mzava said he was excited to return to action after five months of uncertainty due to the pandemic.