Former Super Eagles midfielder Dickson Etuhu has been handed a five-year ban for match-fixing in Sweden. 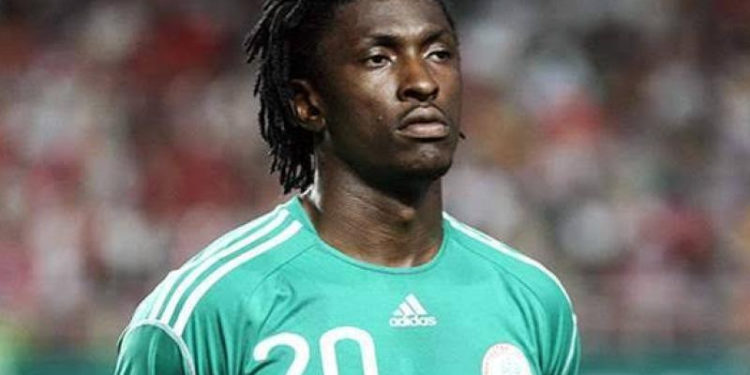 The Nigerian, who represented seven clubs in England and also played 33 times for the Super Eagles offered AIK keeper £160k to underperform.

The midfielder who played for Manchester City, Preston, Sunderland and Fulham, has been banned from all football activities in Sweden for five years after being found guilty of match-fixing.

Etuhu featured for the Super Eagles between 2007 and 2011, including all three of their matches at South Africa 2010 World Cup.

In November 2019, Etuhu was found guilty of attempting to fix a match between IFK Gothenburg and AIK in 2017. Etuhu was fined and ordered to serve a period of probation but avoided a prison sentence, with his lawyers still planning to take his case to Sweden’s supreme court.

However, the Swedish Football Association has now taken action to ban the 37-year-old Etuhu and the former IFK Rössjöholm player Alban Jusufi for “deliberately trying to persuade an Allsvenskan player to underperform in one of their team’s matches”.

The decision also details the findings of the court, which was told that Etuhu and Jusufi met the AIK goalkeeper Kyriakos Stamatopoulos on 16 May 2017 at a Stockholm restaurant, where the bribery attempt took place.

Stamatopoulos was offered around £160,000 (SEK2m) to underperform during a match against IFK Gothenburg but the former Canada keeper reported their approach and as a result, the match was postponed the next day.

Etuhu moved to IFK Rössjöholm from AIK in August 2017, shortly after the bribery attempt.

Etuhu denied involvement but after a lengthy investigation, he was found guilty in November 2019.

And the Swedish FA came down hard by slapping him with the five-year ban but he escaped a prison sentence.

It means he will not be allowed to play any part in football in the Scandinavian country until April 13, 2025.

A statement from the Swedish FA read: “The Disciplinary Board has decided to suspend two people because they have deliberately tried to persuade a football player to underperform in one of the team’s matches.

“Through their actions, these people have violated the anti-match fixing regulations, and they are therefore suspended for five years.

“The ban includes training, competing or performing any assignments in any sports.”

Etuhu started his career at Maine Road but left for Preston in 2002 after making just 13 first-team appearances.