After confirming their interest in Lille forward, Victor Osimhen, Leicester City are afraid of losing the battle to sign the youngster as they continue to search for a perfect partner for Jamie Vardy. 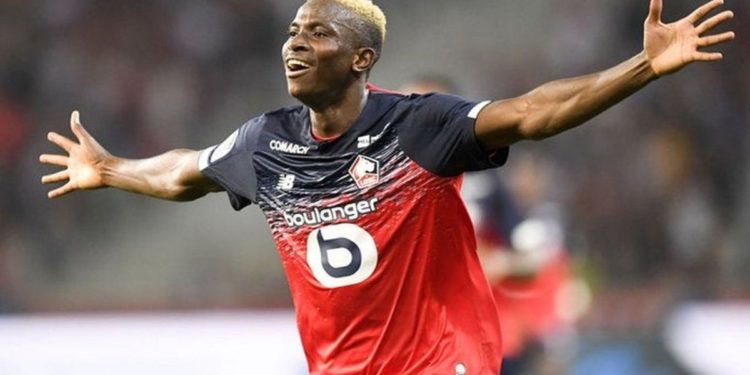 Despite retaining interest in signing the 21-year-old, the Foxes are worried that he could be tempted by a move to Italy after Italian giants Juventus and Inter Milan joined the plethora of clubs interested in signing the Nigeria international.

According to Daily Mail, Osimhen has attracted interest from Brendan Rodgers’ scouts as well as Chelsea, Manchester United and Everton this season.

However, cash-conscious Lille are demanding around £60m for the 21-year-old, a price which stands as a stumbling block, and the Premier League club have already inquired about Filip Krastev from Bulgarian side Slavia Sofia.

“Leicester want a versatile forward to compete with and ultimately successful Jamie Vardy,” Daily Mail wrote on their website.

“Youngster Osimhen has had an impressive season for the French side with 18 goals and six assists in 38 appearances across all competitions this season.

“The Foxes have also asked about the highly-rated midfielder Filip Krastev from Bulgarian side Slavia Sofia.”

“The Bulgaria U-19 international has made seven first team appearances this season and is valued at around £4.5m.”