Preparation Series has helped Springboks get ready for the Lions tour

There was some excellent rugby played and a solid foundation laid for the Rainbow Cup. 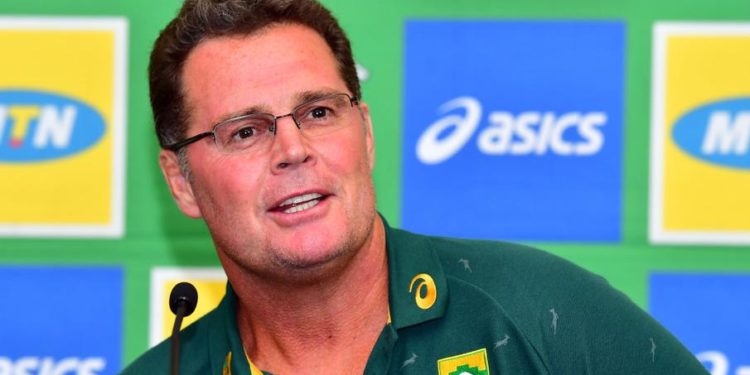 Rassie Erasmus’ first stage of readying the Boks for the Lions tour, the Preparation Series, was a resounding success, with the eight teams substantially stepping up the speed of play and the average number of tries scored per game from the Currie Cup.

Erasmus recognised that the Currie Cup was mostly played at a pedestrian pace and the kick-and-chase tactics generally employed as exciting as a Presidential Covid update.

Contributing to this is one of the very worst features of the rugby union code, the interminable setting and resetting of scrums — it is excruciating to watch two packs of bulky men wearily heaving themselves up from the ground and at glacial speed re-engaging for the next scrum. And then down it goes again! All the time the clock ticking — and if your side is losing on the scoreboard, this time-wasting is maddening.

Erasmus, ever the innovator, came up with strategies to radially speed up the game and make it a more attractive product, with the spin-off of making our players fitter and more agile for the next step in his plans, the Rainbow Cup with the PRO 14 teams, which kicks off on April 24.

Director of Rugby Erasmus tasked the teams and the officials to get their butts into quicker action by working against a countdown clock for restarts, conversions, and the setting of scrums and lineouts.

And it worked. Statistics released by SA Rugby for the Series show that it took just under 29 seconds for scrums to be formed (one minute less than the Currie Cup!), 21 seconds to get the ball into lineouts and restarts were taken less in than 25 seconds.

The total ball in play time was almost 20 percent higher than in the Currie Cup, with an average of 30 minutes and 24 seconds per game – the highest being 35 minutes and 31 seconds.

That means fans watched far more actual rugby action than was the case in the Currie Cup, where the long stoppages provided too many opportunities to head for the fridge for a beverage.

A total of 134 tries were scored during the 16 matches, at an average of just over eight per match, although before we get too carried away, the unfortunate EP Elephants boosted everyone’s averages in their tough reintroduction to top-flight rugby.

A pleased-with-himself Erasmus said: “I really want to commend everyone involved for the positive spirit in which they implemented our recommendations.

“The goal was to enhance the game people watched on their TV screens, seeing more tries scored and making it a more attractive experience.

“Ball in play was also significantly higher than in the 2020 season and in some instances even better than what we’ve seen down in New Zealand and Australia.

“Worldwide, there are calls to improve the product, such as limiting the number of substitutes a team can use, but we’ve seen that by speeding up play and allowing less time for players to ‘rest’ during breaks in play, the desired effect is the same.”

Erasmus added that the Prep games resulted in several other benefits for the squads: “Coaches used these games to rotate their full squads, thereby testing squad depth and trying out some tactical variations.

“With the pandemic disrupting our normal season last year, these matches also gave opportunities to many young players who haven’t played at this level, so I am sure the teams will enjoy the long-term benefits, with a number of youngsters really putting up their hands and underlining the depth we have here in South Africa,” he said.

Al in all, the Preparation Series raised appreciative eyebrows from spectators. When it was first touted, eyeballs rolled at what looked to be yet another rehash of local derbies, but it wasn’t like that.