Schumacher’s former manager explains why he ‘failed at Mercedes’

Michael Schumacher's struggles in his second stint in Formula 1 came as a result of the newer generation of cars, according to his former manager, Willi Weber. 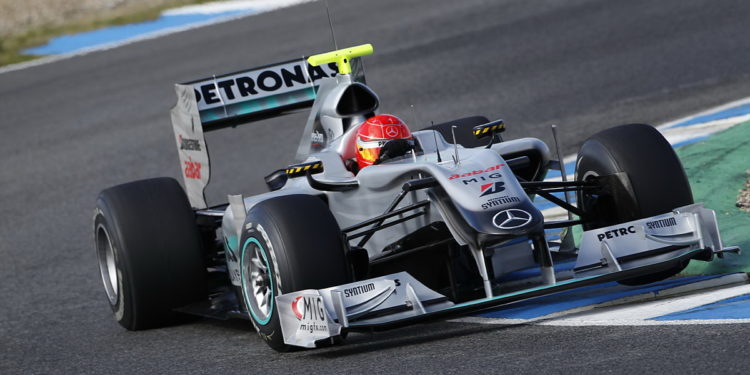 The 2006 Brazilian Grand Prix was thought to be Schumacher’s last race for Ferrari and in Formula 1 itself, but he returned to action in 2010 with Mercedes and spent three seasons with the team which saw him finish P9, P8 and P13 in the respective World Championship standings.

Legendary car designer, John Barnard, who had previously worked with Schumacher at Ferrari, stated that it was Nico Rosberg who preferred a car that had a stable rear, while Schumacher wanted a lighter rear end to force the car to oversteer and then hit the acceleration pedal again.

When asked for a response to Barnard’s thinking, Weber was in complete agreement and what leads him to think why Schumacher failed at Mercedes.

“Michael had this special car setup for his style and didn’t get it from the Mercedes.

“The newer cars had developed in a different direction, and Michael couldn’t influence the technology as much as he could at Benetton and Ferrari.

“That is true, but after Ross [Brawn] could not improve the car much after 2009 and Rosberg was suddenly the faster one, Michael couldn’t compensate for that. It was a different technology and driver generation, even though Michael was as fit as ever.

“Michael failed at Mercedes. If only he had listened to me.

“He tried everything and together with Rosberg they made the car faster so that Mercedes could be world champion so many times. But it [returning] was still unnecessary.”