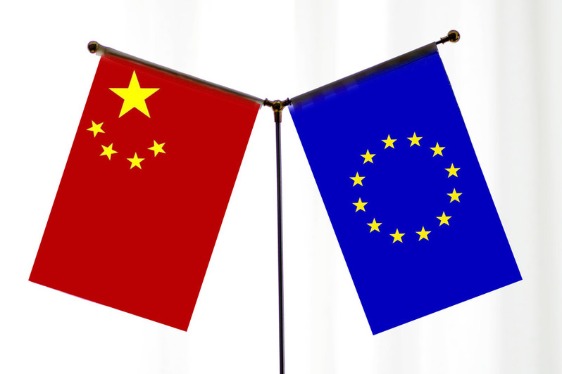 The meeting comes amid intensive diplomatic engagement between China and the EU countries amid the COVID-19 pandemic and global economic recession due to the impact of the outbreak.

Xi had a video talk with the first two EU leaders in June, when they and Premier Li Keqiang co-chaired the 22nd China-EU leaders’ meeting via video link. That was the first talk between Xi and the two new EU leaders, who assumed their posts in December. He also had several telephone talks with Merkel after the COVID-19 outbreak this year.

State Councilor and Foreign Minister Wang Yi concluded his five-nation European tour on Sept 1, which took him to Italy, the Netherlands, Norway, France and Germany.

Yang Jiechi, a member of the Political Bureau of the Communist Party of China Central Committee and director of the Office of the Foreign Affairs Commission of the CPC Central Committee, also visited Spain and Greece last week.

Analysts said the upcoming meeting is significant not only for the China-EU relationship, but will also help boost international confidence in post-pandemic recovery amid mounting tensions between China and the United States.

In a speech delivered at the French Institute of International Relations on Aug 30, Wang said despite the difference in social systems, China and the EU are meant to be comprehensive strategic partners, not systemic rivals.

He called for building a partnership between China and the EU in investment, green and digital economies, multilateral affairs and countering the pandemic.

During the 8th China-EU High-Level Trade and Economic Dialogue held via video link at the end of July, both sides recognized major progress made in their negotiations on a bilateral Comprehensive Agreement on Investment. They committed to concluding the negotiations and reaching a high-level agreement within the year.

Yao Ling, a researcher at the Chinese Academy of International Trade and Cooperation, said the positive results of the dialogue demonstrated the common responsibility of China and the EU as significant economies and the major driving forces of economic globalization to create a margin of hope for a global economy impacted by the pandemic as well as unilateralism and protectionism.

This year marks the 45th anniversary of the establishment of diplomatic ties between China and the EU. Due to COVID-19, a series of planned events have had to be rescheduled. A summit of China and EU countries planned for September in Leipzig, Germany, will be held later. A summit between China and Central and Eastern European countries set for the first half of the year in China was also postponed.

Observers said the global pandemic has become a catalyst for China and the EU to reshape their relationship, and the huge interests they share will bolster their cooperation in the post-pandemic era.

The EU was China’s biggest trading partner from 2004 to 2019. In the first half of 2020, it became the second largest after the Association of Southeast Asian Nations.

Wang said in his speech in France that over the 45 years, “an important experience we have gained is: China and the EU are entirely able to enhance trust through dialogues on an equal footing, achieve win-win outcomes through mutually beneficial cooperation, properly address differences through constructive communications and jointly tackle global challenges through stronger coordination”.