British Prime Minister Boris Johnson has reportedly reached a deal with disgruntled lawmakers from his own party who had threatened a revolt over his government's apparent willingness to break international law. 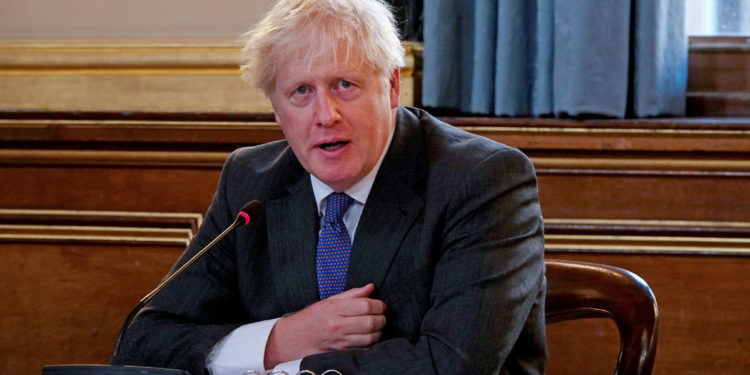 The BBC reports that Johnson secured the support of the 30 or so Conservative Party members of Parliament who had wavered in their backing of his proposed Internal Markets Bill by offering a vote in Parliament before the bill is ever used.

Critics of the bill had balked at the fact that it makes it possible for the government to override parts of the Brexit divorce deal that the United Kingdom and the European Union agreed last year. They say such a reneging on an international agreement would damage the nation’s trustworthy reputation.

The BBC said the promise of a vote before the bill is used will likely head off any potential rebellion by Conservative MPs－also known as Tories－when the proposed legislation is debated again next week.

But the promise was not enough to prevent Richard Keen, Scotland’s advocate general and a senior member of the Ministry of Justice, from resigning.

He said in his resignation letter to the prime minister: “I have found it increasingly difficult to reconcile what I consider to be my obligations as a law officer with your policy intentions.”

Ed Miliband, the opposition Labour Party’s shadow business secretary, said Johnson’s offer of a vote before the bill is used also failed to impress lawmakers from his party.

“This does not fix the problem of breaking the law, damaging our reputation around the world, and damaging our future prosperity,” The Guardian newspaper quoted him as saying.

And Johnson’s promise also failed to impress the EU.

Brussels said it may take the UK to the International Court of Justice over the issue. And it added that the bill threatens to damage negotiations between the UK and the EU on a free-trade deal.

The Associated Press news service reported on Thursday that the president of the EU’s executive arm was insisting the UK could not change a bilateral agreement without destroying trust in the country.

‘A matter of law and trust’

Ursula von der Leyen, president of the European Commission, said in her State of the Union address: “It cannot be unilaterally changed, disregarded. This is a matter of law and trust and good faith.”

She said the UK’s attitude means a free-trade deal is becoming less likely by the day.

But Johnson, while telling a committee of senior MPs on Wednesday that he no longer believes the bloc is negotiating “in good faith”, also said he hopes a free-trade deal will eventually be found.

The French state-owned news network France 24 reported that Johnson said a free-trade deal is what “this country wants” and “what our friends and partners of the EU expect of us”.

And he insisted the proposed Internal Markets Bill is not about disregarding international law but is simply an “insurance policy” that would regulate trade between England, Northern Ireland, Scotland, and Wales after the UK stops following EU rules at the end of the transitional period on Dec 31.