Hundreds of people came on to the streets in protest. Police allowed the protest to go ahead in Tel Aviv, while hundreds of angry people fought running battles with the police in South Africa 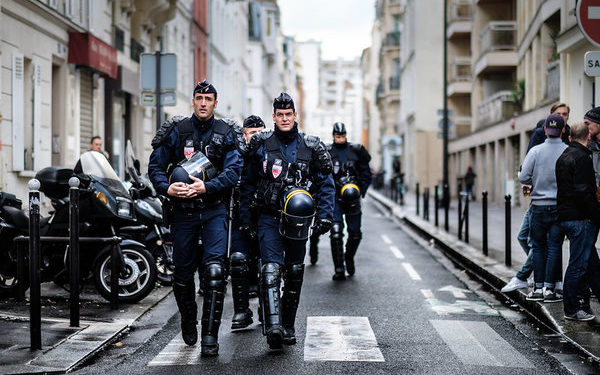 The trigger was an unmarked police car critically injuring a young man from an Arab background.

An eyewitness said police deliberately opened a door to strike the man’s motorbike.

“The police were waiting for him at the red light,” he said. “By the time he got to the car to pass on the side, they opened the door suddenly.

“It was done on purpose, it was intended.”

Hundreds of people came on to the streets in protest. They threw stones and fireworks at the police.

“Since the start of the lockdown the cops have harassed Arabs and Muslims,” one protester told local media.

“They use every chance to arrest us and beat us.”

Protests then spread to other areas of Paris and other cities.

Videos of Sunday’s clashes were posted to Twitter by journalist Taha Bouhafs—followed by a clip showing him being arrested by police.

Bouhafs said police threatened to throw a stun grenade at him and then fined him for not complying with the lockdown.

Last week prosecutors in Beziers, in the south of France, announced that officers were facing criminal charges after a man died while under arrest for breaching the lockdown.

Three officers were filmed dragging Mohamed Gabsi along the ground during a curfew.

Gabsi had suffered a heart attack by the time he arrived at a local police station and witnesses claim to have seen two officers sitting on top of him in their patrol car.

A spokesperson for France’s Human Rights League described his death as a “scandal that shows how the poor are being killed”.

The Israeli government allowed some shops to open, and said 30 percent of the workforce could go back to work. It came as Israeli business owners protested against loss of income due to the lockdown measures, blocking roads and setting fire to tyres.

One protester complained they had voted for Binyamin Netanyahu as prime minister because he can “manage wars”—attack Palestinians and other Arabs and threaten Iranians. But he had failed “the coronavirus war”.

Police allowed the protest to go ahead. Meanwhile there were no Israeli protests against the repression of Palestinians under lockdown.

Israeli police shut down a coronavirus testing centre in occupied East Jerusalem on Tuesday of last week because it was linked to the Palestinian Authority.

The Silwan neighbourhood—where the testing centre was shut down—contains around half of all known coronavirus cases in East Jerusalem.

And hospitals in East Jerusalem complain of severe shortages.

They hurled rocks and set up street barricades with burning tyres.

Police fired rubber bullets and teargas to stop the protests.

“We must stay at home because of the virus, but where must we get food from?” local resident Rosie Matthews told GroundUp website.

“And then the police come and arrest them.”

In Gatesville in Cape Town itself, people stormed a supermarket and took five cash registers and groceries.

Across many parts of Africa harsh lockdowns are being imposed on people who have no reserves of food and there is no adequate planning to feed them.