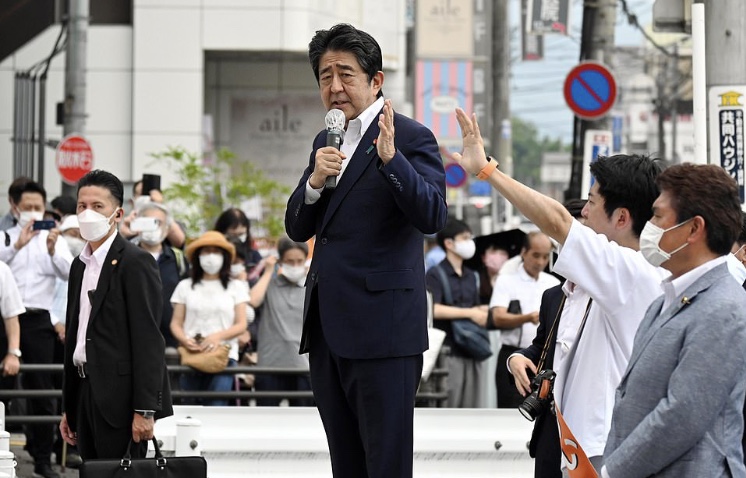 Japan’s former Prime Minister, Shinzo Abe, has died in hospital after he was shot at a political campaign event. Abe was shot at twice while he was giving a speech on a street in the city of Nara on Friday morning. Security officials at the scene tackled the gunman and a 41-year-old suspect is now in police custody.

The suspect, named as Tetsuya Yamagami, admitted shooting Abe with a homemade gun, and said he had a grudge against a “specific organisation”, police said.

Several other handmade weapons, similar to those used in the attack, had been confiscated after a search of the suspect’s house, police officers told a news conference.

Explosives were also found at the home and police said they had advised residents to evacuate the area.

The suspected shooter told officers he had a grudge against a specific group he believed Abe was connected to, police said, adding that they were investigating why the former PM was targeted out of other people related to the group.

Asked by a member of the Japanese media whether the gunman’s intention was to kill Abe, police say only that Mr. Yamagami admitted to shooting the former PM.

“It is barbaric and malicious and it cannot be tolerated.”

This attack was “an act of brutality that happened during the elections – the very foundation of our democracy – and is absolutely unforgivable,” Mr. Kishida said, speaking before Abe’s death was confirmed.

Abe suffered two bullet wounds to his neck during the attack, and also suffered damage to his heart, doctors said.

He was said to be conscious and responsive in the minutes after the attack, but the 67-year-old’s condition deteriorated.

Doctors said no vital signs were detected by the time the former Prime Minister was transferred for treatment and he had to receive a blood transfusion in hospital.

Abe, who was Japan’s longest-serving prime minister, held office in 2006 for a year and then again from 2012 to 2020, before stepping down citing health reasons. He later revealed that he had suffered a relapse of ulcerative colitis, an intestinal disease.

While he was in office, he pushed more assertive policies on defence and foreign policy and had long sought to amend Japan’s pacifist post-war constitution. He also pushed for an economic policy that came to be known as “Abenomics”, built on monetary easing, fiscal stimulus and structural reforms.

He was succeeded by his close party ally Yoshihide Suga, who was later replaced by Fumio Kishida.
Source: BBC