The gem was extracted in block 6 of the mine, the national diamond company of Angola (Endiama) said in a statement 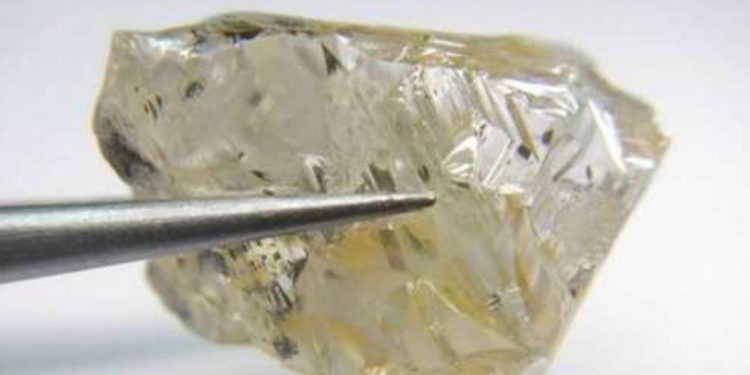 DUNDO: A 171-carat diamond was extracted from Angola’s Lulo mine in eastern Lunda Norte province Monday.

It is the 15th dimond weighing over 100 carats that have been found in the mine and the second of more than 100 carats extracted in 2020.

The stone is also the 4th largest since the mine started operations in 2016.

Blocks 6 and 8 produced 13 of the 15 stones of more than 100 carats found in the same mine, including the largest diamond with 404 carats ever found in Angola in 2016.

Domingos Machado, CEO of Lulo Mineira Society, said the company expects to intensify the prospecting operations in the southern part of the block 6 and 8 where there seems a greater propensity of this kind of large stone.

Lulo, the 4th largest diamond mine and one of the most important diamond mines in the world, is a joint venture. The Australian operator Lucapa Diamond Company owns 40 percent, Angola’s state-owned Endiama has 32 percent and the private Angolan company Rosa e Petalas owns 28 percent.