The AfCFTA is responsive to Africa's integration desires, as explained in the African Union's Agenda 2063, a blueprint for transforming Africa into a global powerhouse of the future. 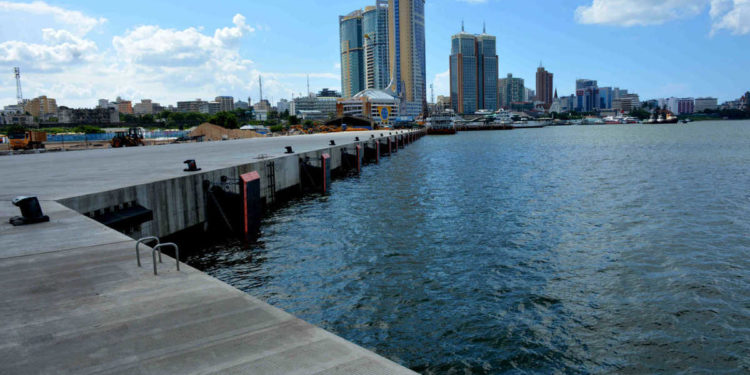 The Belt and Road Initiative and the African Continental Free Trade Area, positioned among key global and continental frameworks, are expanding the levels of economic cooperation and offering added advantages for industrial and sustainable development.

Concurrently, the two initiatives are geared to address infrastructural underdevelopment issues and bottlenecks in international trade.

Also, it is a $3 trillion agreement that aims to create the world’s largest free trade zone involving several countries, and is expected to revolutionize trade across Africa.

Currently, Africa ranks behind other regions in terms of its overall level of regional trade integration.

According to a United Nations Conference on Trade and Development report, trade links between Africa and the rest of the world are often stronger than trade between countries on the continent.

The report says African nations currently tend to trade more with Europe (35 percent) and Asia (31 percent) than with neighboring markets.

For instance, exports of agriculture and food products between African countries are expected to grow at a margin of 57.6 percent by 2023.

On the other hand, the BRI covers more than 60 percent of the global population and accounts for a third of global trade and GDP, making it one of the world’s largest infrastructure programs ever.

According to the World Bank, when fully implemented, BRI transportation infrastructure will reduce travel time by up to 12 percent.

It will also increase trade by between 2.8 percent and 9.7 percent for corridor economies and lift close to 8 million people from extreme poverty.

Similarly, the BRI will play a major role in closing some of the missing links of roadways and major transportation corridors.

These include the core objective of accelerating the implementation of prioritized subregional and regional infrastructure projects in Africa.

One of them is the Trans-African Highway Network, with a total length of 57,300 kilometers.

As a flagship project of Agenda 2063, this highway network is expected to see a system of roadways combined across the continent.

From an African perspective, three strategies can be pursued to ensure that the BRI is well integrated with the AfCFTA.

First, identify and promote projects within the AfCFTA that can be implemented through the BRI.This strategy could be a model for “win-win” cooperation, since it would not only fast-track Africa’s priority projects, but also support achievement of the BRI’s infrastructure connectivity goal.

Second, Africa must promote projects linking national and rural networks with economic corridors that facilitate international imports and exports. This will ensure that the impact of cross-border infrastructure is not restricted to international trade, but also enhances regional economies and intra-Africa trade.

Finally, political will at the highest level of leadership is crucial for the success of cross-border development initiatives. This will enable the mobilization of vital stakeholders and partners, particularly the African Union Commission; the New Partnership for Africa’s Development, which is an economic development program of the AU; and the regional groupings of African states known as Regional Economic Communities.