Trade between China and Africa soared by 40.5 percent year-on-year in the first seven months of 2021, hitting a record high of $139.1 billion, the Ministry of Commerce said on Friday. 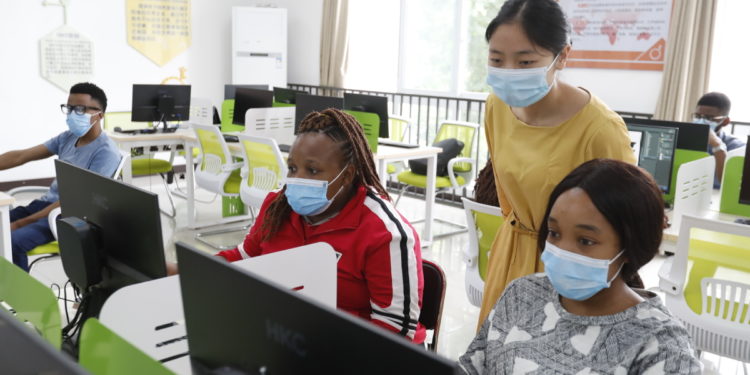 Qian Keming, vice-minister of commerce, told a news conference in Beijing that African products have enjoyed increasing recognition in the Chinese market, with imports from Africa increasing by 46.3 percent to $59.3 billion during the January-July period. In addition, imports of agricultural produce such as rubber, cotton and coffee doubled over the same period last year.

He noted the rebound in foreign direct investment in Africa and the deepened infrastructure cooperation showed Chinese investors’ strong confidence in Africa.

China’s industry-wide FDI in Africa reached $2.07 billion in the first seven months, exceeding pre-COVID-19 levels in 2019. And the contract value of newly signed projects and volume of contract business by Chinese enterprise in Africa increased by 8.2 and 7.8 percent respectively during the January-July period.

With the continuous improvement of the business environment in African countries and rising Chinese investor enthusiasm to invest in Africa, China-Africa economic and trade cooperation has witnessed rapid growth, Qian said.

Over the past 20 years, China’s trade with Africa has risen 20-fold, making China Africa’s biggest bilateral trade partner for 12 consecutive years, data from the ministry showed.

In the next step, Qian said China will continue to build a wide range of platforms for exchanges and cooperation between companies on both sides. More efforts will also be made to promote bilateral cooperation in emerging fields such as aviation, finance, tourism, digital economy, marine economy and green economy.

As part of China’s ongoing efforts to boost economic and trade ties with Africa, the second China-Africa Economic and Trade Expo will be held in Changsha, Hunan province from Sept 26 to 29, according to Qian.

Themed “New Start, New Opportunities and New Accomplishments”, the grand event will be co-organized by the Ministry of Commerce and Hunan’s provincial government.

Covering an exhibition area of 94,000 square meters, the expo is expected to attract more than 9,700 participants, including 50 embassies of African countries in China, six international organizations and more than 900 enterprises, said He Baoxiang, vice-governor of Hunan province.

According to him, 18 supporting activities will be planned during the event, covering a wide range of topics including food and agricultural products, medicine and health, infrastructure and financial cooperation.

The first China-Africa Economic and Trade Expo was held in Changsha in June 2019.

Eighty-four deals worth $20.8 billion were inked between China and African countries during the three-day expo in 2019, covering a wide range of areas, including trade, investment, infrastructure, agriculture, manufacturing, aviation, tourism and sister city relations.