China and Africa are poised to build on the gains resulting from economic cooperation, with a shift to high-quality development on the way despite the disruptions caused by the pandemic, a forum has heard. 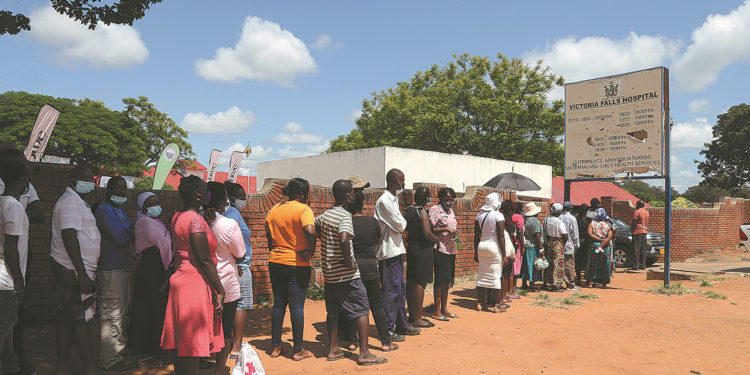 Yu Zirong, vice-president of the Chinese Academy of International Trade and Economic Cooperation, or CAITEC, part of the Ministry of Commerce, said that while the pandemic has brought difficulties for the world economy, the steady growth in ties between China and Africa “fully demonstrates the complementarities and resilience of China-Africa economic and trade cooperation, and Chinese enterprises’ confidence in Africa’s future development prospects”.

China has been Africa’s largest trading partner for 12 consecutive years. From January to September last year, bilateral trade recovered rapidly from the pandemic, reaching $185.2 billion, a jump of 38.2 percent year-on-year and a record for the nine-month period, Yu said.

China’s direct investment in Africa in the first nine months reached $2.59 billion, up 9.9 percent year-on-year. It also surpassed the figure for the corresponding period in 2019, before the pandemic emerged, Yu told the 2nd Forum on China and International Development, held on Thursday and Friday. The theme for the event was “New Era of China-Africa Development: Journey to All-round Cooperation”.

A survey of 1,116 Chinese enterprises engaged with Africa showed that there were plans for expansion by 48.36 percent of the companies investing in Africa and 48.8 percent of the enterprises that trade with the continent. The poll was conducted by the Institute of West Asian and African Studies of CAITEC.

Yu said the progress reached at the 8th Ministerial Conference of the Forum on China-Africa Cooperation in November showed that Sino-African ties has “embarked on a new stage that is entering a period of diversified and high-quality development”.

During the conference in Senegal, China pledged to provide 1 billion doses of COVID-19 vaccines to African countries and to import $300 billion in shipments from Africa over the next three years and to encourage Chinese enterprises to invest no less than $10 billion in Africa.

Yu said that Africa’s effort to contain COVID-19 will enable the continent to restore the normal economic and social order. Since the onset of the pandemic, China has provided anti-epidemic materials and vaccines to more than 50 African countries and the African Union.

He said that in the past, China’s assistance to Africa was mainly in the form of policy-based financing. Now, more emphasis is being placed on the participation of diverse entities, from local governments to commercial financial institutions and enterprises. The latter, in particular, are viewed as an effective force in fostering economic and trade cooperation with Africa.

Rahamtalla M. Osman, the African Union’s representative in China, said that China has shared much expertise with developing countries, particularly in poverty alleviation and agricultural development. Such assistance has enabled Africa to move more quickly toward the United Nations’ sustainable development goals, as well as to targets in the agricultural sector.

He expressed the hope that China and Africa will further promote the trade in agricultural products and move even faster toward sustainable development.