A regional center for Chinese factories is expected to be developed in the kingdom, the Saudi energy minister says 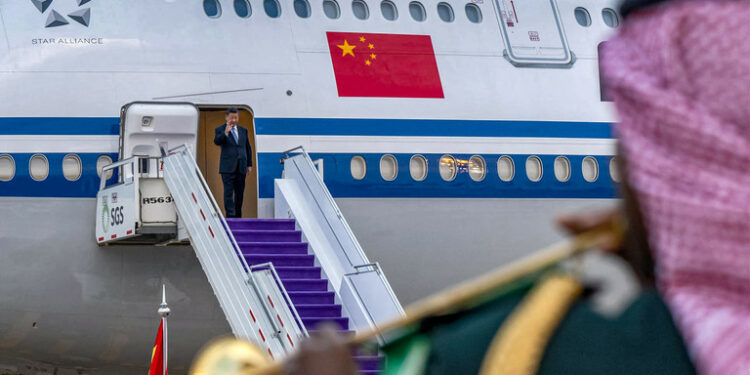 Energy cooperation between China and Saudi Arabia is set to be strengthened as the two nations plan to secure supply chains in the sector, according to Saudi Energy Minister Prince Abdulaziz bin Salman.

His statement came during a visit to Saudi Arabia by Chinese President Xi Jinping ahead of a Chinese-Arab summit that kicks off in Riyadh on December 9. The Chinese delegation is expected to sign over 20 tentative agreements worth 110 billion riyal ($29 billion) with Saudi Arabia covering energy, security and investments.

READ MORE: Equatorial Guinea Assumes the Presidency of OPEC for 2023

“Saudi Arabia and China endeavor to enhance cooperation in the energy sector supply chains, by establishing a regional center for Chinese factories in the kingdom by taking advantage of the kingdom’s distinguished location among the three continents of Asia, Africa and Europe,” the minister said in a statement issued to the Saudi Press Agency on Wednesday.

He added that Saudi Arabia would remain a reliable partner for China in the energy sector as well as in ensuring global oil market stability. The minister highlighted that the countries are deepening cooperation and joint investments, including those in China’s Belt and Road Initiative and integrated refining and petrochemical complexes in both countries.

According to Chinese customs data, Saudi Arabia is China’s top oil supplier in the first ten months of 2022, making up 18% of China’s total crude oil purchases, with imports totaling 73.54 million tons, or 1.77 million barrels per day.

China is the kingdom’s largest trading partner, with mutual trade worth $87.3 billion in 2021. Chinese exports to Saudi Arabia reportedly reached $30.3 billion, while China’s imports from the kingdom amounted $57 billion.