Ethiopian Airlines has suspended its flights to thirty countries as the coronavirus threat is increasing with the rapid spread of the virus across the world. Ethiopian has multiples of destinations in some of the countries 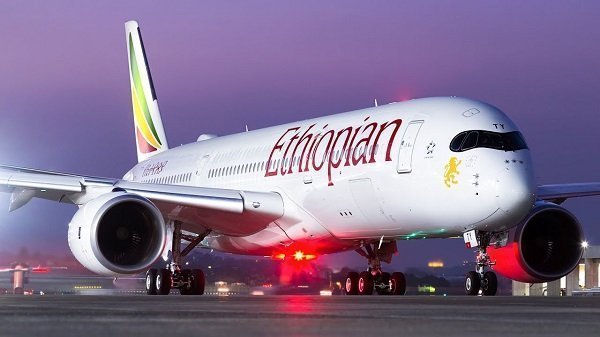 The decision came after Prime Minister Abiy Ahmed’s meeting with the COVID19 National Ministerial Committee on Friday in the afternoon. However, the statement from the office of the Prime Minister undisclosed the lists of countries to which Ethiopian Airlines suspended flights temporarily.

The Prime Minister has also introduced numerous other measures to curb the spread of the disease that has become a threat to the world.

From now on, travelers entering Ethiopia are subject to have to go through fourteen days of self-quarantine. And they will have to cover their expenses during those two weeks; the government has made it clear.

Locally, the government has introduced additional policy measures. On Tuesday, the Federal prison administration announced that it would not allow visits to prison facilities for the next two weeks.

And today, Prime Minister Abiy Ahmed disclosed that the government has decided to release prisoners who have children with them as part of the measure to contain the spread of coronavirus. It applies to those prisoners who served most of their prison terms and whose offenses are minor.  New inmates are to be tested for COVID 19 before they are confined to correctional facilities with other inmates.

Night clubs and bars are prohibited not to give services temporarily because of the national emergency.

There had been reported anti-foreigner sentiment in the country. The COVID19 National Ministerial Committee looked into the matter. “Harassment of foreign nationals is Ethiopian and not acceptable,” the office of the prime minister warned. The US embassy in Addis Ababa issued a “security alert” warning about “anti-foreigners sentiments.”

Businesses that are hiking prices on essential items taking advantage of the demand due to the situation remained a challenge to the society and the government. In that regard, the government said it would continue to take deterrent measures.

The government has closed well over one thousand businesses in the capital and regional states on the grounds of alleged price hikes on food items and other supplies necessary to fight the spread of the disease.

On Thursday, the Ministry of Education announced that it had postponed national leaving examinations for grade 8 and grade 12.

So far, there are no confirmed cases of COVID 19 outside of the capital Addis Ababa.

The Ministry of Health has confirmed on Thursday that the number of COVID 19 patients in the country has reached nine.