The grim outlook was the consensus of 37 economists polled by newspaper Financial Times, or FT. 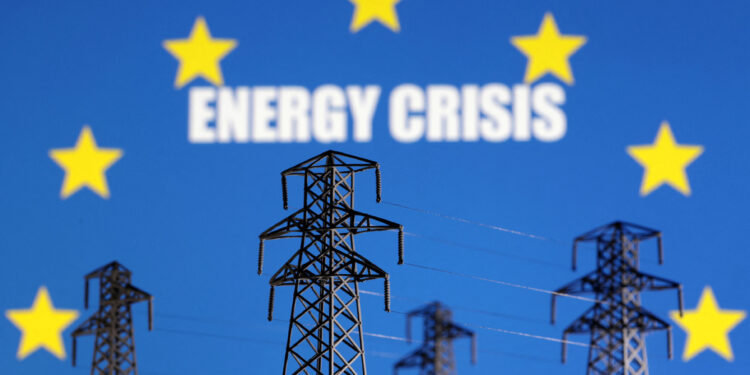 Around 90 percent of them said the eurozone was probably already in recession, and most said its GDP will contract further during 2023.

The 19 European Union nations that use the euro are in for a rocky 2023, with eurozone inflation set to soar higher and unemployment about to worsen, according to economists who blamed the high price of energy for the zone’s woes.

They said the zone’s difficulties will trigger a fall in the value of real estate, with residential house prices set to drop 4.7 percent after the European Central Bank, or ECB, raised interest rates by 2.5 percentage points during 2022 and signaled further hikes to come.

Chiara Zangarelli, an economist at Morgan Stanley, told the FT that the Russia-Ukraine conflict and resulting disruption of fossil fuel supplies have been major causes of inflation and will continue to be a problem.

“Gas markets in Europe remain a key risk,” Zangarelli told the newspaper. “Additional supply disruptions, or a particularly cold winter, could lead to renewed tensions and prices rising again, forcing another round of adaptation and demand destruction.”

But, the economists said the eurozone has likely seen the worst of the energy crisis, and predicted the situation will improve as new sources of energy come online, and nations, businesses, and households adapt to the new normal. They added that Europe was fortunate to have had a relatively mild fall, which meant its reserves of natural gas and other fuels remained relatively intact.

Sylvain Broyer, chief economist for Europe, Middle East and Africa at S&P Global Ratings, told the FT: “The tail risk of gas rationing has likely been avoided for this winter, but the question of energy supply for the next winter is still open.”

The economists said new sources of gas — from the Middle East, Norway, and the United States — as well as a renewed emphasis on nuclear power and a ramping up of renewable energy generation have all helped, but that no one knows whether Europe has diversified enough to not miss Russian fuel next winter, when stockpiles will be gone.