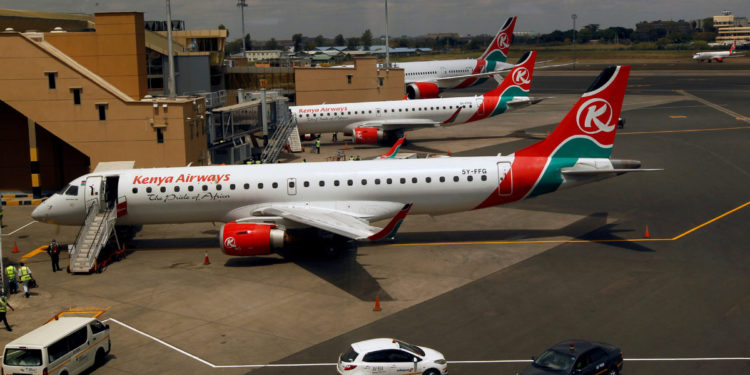 In a move aimed at easing diplomatic tensions between the two countries, the Kenya Civil Aviation Authority on Sept 15 added Tanzania and nine more nations to its list of countries whose travelers are exempted from a 14-day mandatory quarantine upon arrival.

The Tanzania Civil Aviation Authority said on Sept 16 it had reciprocated Kenya’s show of goodwill by announcing the lifting of a ban it had imposed on Kenyan airline operators to fly into Tanzania.

“Given that, and on a reciprocal basis, the United Republic of Tanzania has now lifted the suspension of all Kenyan operators,” he added.

Johari also said the new directive will take effect immediately upon receipt of the statement by the Kenyan government, adding Tanzania shall always strive to adhere to the fundamental principles and bilateral air services between the two states.

The two neighboring East African countries have been locked in a disagreement over the handling of passengers after Kenya excluded Tanzania from the list of countries whose citizens would be allowed into the country under revised COVID-19 measures.

The month-long row between the two countries had sparked diplomatic concerns that saw their ministries of foreign affairs engage in discussions after the relationship between the neighbors soured.

The announcement by the Kenya Civil Aviation Authority means over 147 countries will now be able to fly in and out of Kenya. Kenya resumed international flights on Aug 1, with only 11 countries with mild and limited community transmission allowed in.

The Kenyan government said the list will be reviewed on a regular basis depending on the circumstances on the ground and after a comprehensive global mapping of the intensity of the disease. The decision to leave out Tanzania from the safe flight list adopted upon the resumption of international air travel triggered the row, with Tanzania protesting the non-inclusion.

In response, the Tanzania Civil Aviation Authority revoked approval for three Kenyan airline operators on Aug 27. Attempts by Kenya to iron out the differences hit a brick wall, as Tanzania held its ground until the Kenya Civil Aviation Authority made the latest announcement lifting the ban.The end of the impasse between the neighbors is expected to mark relief for the domestic carriers operating between the two countries.