Kenya: The first electric passenger buses in East Africa have become a top attraction in Nairobi 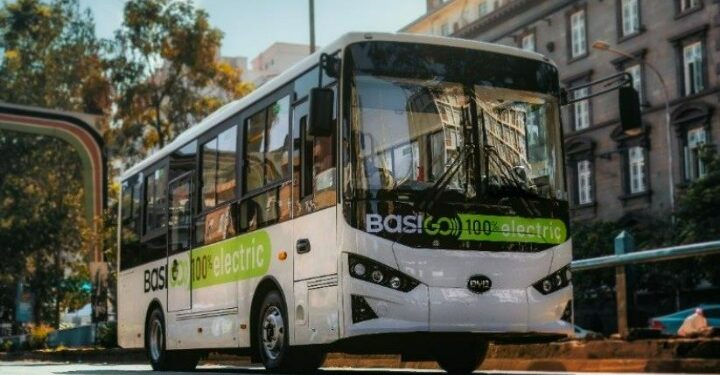 The first electric passenger buses in East Africa have become a top attraction in Nairobi, where they offer a cleaner, more environmentally friendly and more economical transportation means for commuters in Kenya’s capital.

The two buses running on routes around the city are part of a pilot program launched by local electric mobility startup BasiGo in March. Samuel Kamunya, head of business development at BasiGo, said Nairobi residents have welcomed the electric buses.

Evelyn Musangi, a Nairobi commuter who has ridden on BasiGo’s bus, said she wanted to get a feel of riding on an electric bus and appreciate its stylish look. In addition, she finds the transition from fossil fuels to green energy exciting and wants to be part of it.

Though assembled locally, the electric buses use parts from Chinese electric vehicle maker BYD Automotive. Through partnership with the company, BasiGo has benefited from China’s advancement in green technology, so the buses are able to operate with no emissions and diesel. Operation costs are also lower than diesel buses and there is real-time data for tracking operations, Kamunya said.

The buses have a capacity of 25 passengers and are 100 percent electric. BasiGo operates a recharging depot and has trained technicians to provide service and maintenance for the buses.

Since the pilot was launched, the buses have driven more than 19,000 kilometers and ferried more than 13,500 passengers, Kamunya said. The green energy used by the buses during the pilot equated to the release of more than 7 metric tons of carbon emissions and over 3,400 liters of diesel.

“We have also been getting inquiries from investors who would like to venture into this business about its viability and some have expressed interest due to the cost saving nature of these buses,” Makokha said.

“These buses drive with clean electric power with no tailpipe emissions, therefore safer for the environment. They are powered by China’s advanced technology like BYD’s state-of-the-art lithium-iron phosphate battery, recognized as one of the safest electric vehicle batteries available,” Kamunya said.

Kamunya also noted that they have received full cooperation from the Kenyan government through the National Transport and Safety Authority, Kenya Bureau of Standards, Kenya Power and Lighting Company.

“Later this year, we will be delivering our first production units,” Kamunya said. “Beyond the 25-seater buses, we are working with our production partners BYD from China to introduce larger carriers.”