To achieve that, Europe has to reset its relationships with traditional suppliers and reach out to new emerging ones 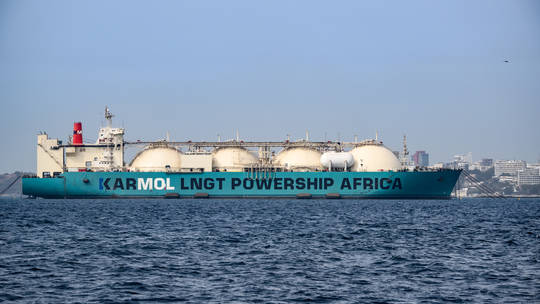 The European Union will turn to Africa to replace imports of natural gas from Russia, Bloomberg reported on Tuesday.

Countries in Africa, such as Nigeria, Senegal, and Angola, offer largely untapped potential for liquified natural gas, the media outlet cites a draft EU document it reviewed. The European Commission is set to announce its plans for energy cooperation with the western African nations and other suppliers later this month as part of efforts to cut its energy reliance on Moscow amid the ongoing military offensive in Ukraine, Bloomberg adds. The EU pledged to slash Russian gas imports by two-thirds by next year and to eliminate its dependence before 2030.

To achieve that, Europe has to reset its relationships with traditional suppliers and reach out to new emerging ones, the EU document adds, as the bloc needs to boost its LNG imports by 50 billion cubic meters a year until 2030 and increase shipments of pipeline gas from countries other than Russia.

To meet its goal, the EU must fully implement its agreement with the US for the delivery of liquified natural gas (LNG), and also extend trade with suppliers such as Egypt, Israel, Azerbaijan and Australia.

The EU’s push to wean itself off Russian gas flow in line with Ukraine-related sanctions led to increased purchases by Europe amid already growing global demand and high LNG prices. Russia has been a major supplier of energy to the EU, meeting roughly 40% of the bloc’s demand for natural gas.