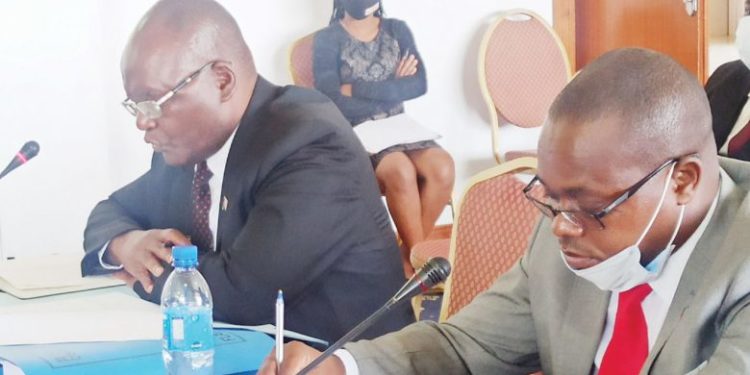 The National Audit Office (NAO) has lamented what it has described as poor funding allocation in the 2020/2021 financial budget a thing which it says will have an adverse effect on its operations.

Unlike other institutions such as the Anti-Corruption Bureau (ACB) which have been supported to effectively operate, NAO’s budget estimates have been reduced by K172,969,440.

He also disclosed that with the reduction of resources in the current estimates, the institution will have challenges in auditing embassies as the government is currently recalling most staff hence the need for proper audits.

“In 2019/2020 NAO audited four embassies and three consulates. In 2020/2021 we plan to audit 10 embassies and consulates which have not been audited since 2016, in order to have a comprehensive analysis of how government resources are being used,” Chiluzi said.

Chiluzi, who appeared before the cluster committee of Budget and Public Accounts (Pac), further said that the budget estimates have not provided for development projects despite having plans to commence construction of an office complex at a cost of K5.8 billion.

Pac chairperson Shadreck Namalomba said it is worrisome that NAO has received budget cuts despite its crucial role in dealing with maladministration of finances in government ministries, departments and agencies.

“With the interface that we have had, we have agreed that at a minimum, we would want them to justify the increase. We want the audit of local councils and embassies to be prioritised and we have also asked them to include resources for some parastatals such as [National Oil Company of Malawi], [Malawi Energy Regulatory Authority] and [Malawi Communications Regulatory Authority] which were not previously audited,” Namalomba said.