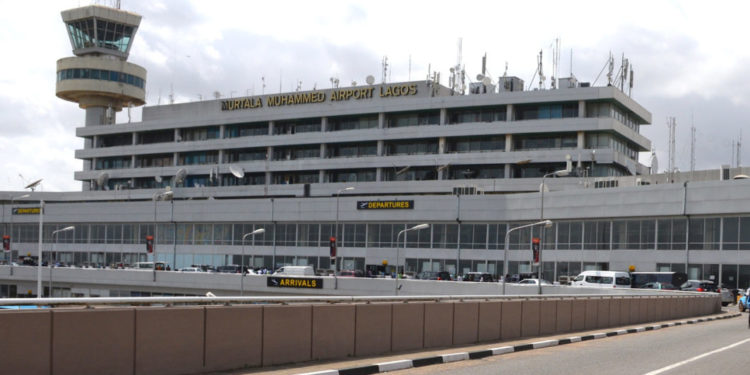 Although 11 carriers have submitted resumption plans to the Nigerian Civil Aviation Authority (NCAA) while two airlines were already marketing flight tickets as at last weekend, some operators nevertheless are worried over the delay in both the NCAA’s restart approval and the bailout earlier promised by the Federal Government.

The apex regulatory body, NCAA, confirmed the submission of resumption plans by 11 carriers, saying they were still being scrutinised, to ensure full compliance with the guidelines set for a safe restart after about three months of lockdown. The body, later this week, will give operating clearance to airlines that meet the conditions.

The Federal Government in March restricted local and international commercial flight services as part of measures to slow the spread of the coronavirus pandemic. The lockdown, unsurprisingly, has crippled the aviation sector. Industry estimates show that the sector lost about N180 billion, with airlines being the worst hit. Over 5000 registered travel agencies furloughed their entire staffers, while airlines retained only 20 per cent of workers at slashed salaries.

Apparently, to salvage the sector, Minister of Aviation Hadi Sirika had disclosed that the Federal Government was working on a bailout package for airlines and other operators, as the airspace may reopen on June 21. As at the last check, the bailout modalities were still being worked out.

But the current mood in the industry is not one of optimism. A Chief Operating Officer (COO) of one of the airlines said it was “insincere and shoddy” to tell the airlines to get ready when the government is not eager to prep the industry for the new normal.

“Look around the world at countries that are reopening the aviation sectors. You will see that it is a joint effort of all stakeholders, with the government taking the lead. Here, what do you have? The government has withheld the bailout they promised, forgetting that the aim was to help the airlines defray some costs of operations, recall workers, put necessary things and new safety procedures in place ahead of resumption. Nobody knows what has happened to the bailout and you are telling the airlines to resume if they are ready.

“I will honestly say that our airline is about 50 per cent ready, having cut our coat according to our cloth. How far this will take us, with the mandatory physical distancing rule and less than 70 per cent onboard capacity, I don’t know. But we need a more coordinated and complementary approach to this devastating crisis. What we have now is not it,” the COO said.

Dana Air, however, claimed 100 per cent readiness and is already marketing fares ahead of the NCAA’s green light.

Spokesperson of the airline, Kingsley Ezenwa, said it was up to the NCAA to give the go-ahead after the airlines have opened their books, shown what they have, and complied with safety guidelines.

“We have always been ready to do physical distancing onboard and the new 50 to 70 per cent capacity policy of the government. But we all must remember that the airlines, at full capacity, had issues. So, complying with the reduced capacity directive should be rewarded with government’s support for the airlines. We all need to work hand in hand,” he said.

The NCAA earlier issued a post-COVID-19 restart advisory circular to the airlines, which contained protocols for the scheduled carriers.

The guidance consists of immediate actions, and short, medium and long-term plans to ensure operational licenses and aircraft airworthiness certifications are available for the airlines to resume operations as quickly and seamlessly as possible.

One of the items required as immediate action is for the airlines to provide assurance of safety from the technical perspective of flight operations. This includes addressing issues like aircraft disinfection, aircraft de-preservation, flight crew recurrence or proficiency.

Another requirement is the COVID-19 Public Health Corridor Concept Protocol. It covers a diverse range of topics to protect against COVID-19 infection. In case of a COVID-19 threat on board, a process to manage the situation is required.

General Manager Public Affairs at the NCAA, Sam Adurogboye, said the proactive measure was meant to prepare the stakeholders ahead of resumption and ensure a seamless return to safe flights.

He said the regulatory body had always been in touch with the operators despite the lockdown and has no doubt about their readiness to return to operations.

“Our two committees are doing a thorough job of checking what the airlines and other operators have on ground towards resumption. It is not only the airlines but also all the operators in the sector. Once they are ready, approval will be granted, and all concerned bodies will be notified.”

Adurogboye explained that the government’s plan was a possible reopening of the airspace on June 21 and that based on what is on ground and NCAA’s approvals, the airlines could subsequently pick their flight resumption dates.

MEANWHILE, the International Air Transport Association (IATA) has warned that at least one in every two airlines could collapse without financial support.

IATA, the clearinghouse for over 280 airlines globally, said time was running out on urgent and desperate measures to save the airlines before the end of July. Currently, only Ibom Air, owned and operated by the Akwa Ibom State government, has received a bailout of about N3 billion, to defray its N4 billion loss in revenue during the lockdown.

IATA’s Director of Advocacy and Strategy, Africa, Funke Adeyemi, at a webinar, said the association was working hard to get African Heads of State and organisations to give the needed financial assistance to the airlines.

Adeyemi said that analysis recently showed: “If by the end of July, airlines do not get financial support in the form of direct cash injections; about 50 to 90 per cent will be insolvent globally, and Nigeria is not an exception.”

The former Secretary-General of the African Civil Aviation Commission (AFCAC), Iyabo Sosina, said besides waiting for government’s bailout, local airlines must also begin to upscale to international standards and strength.

Sosina called for a paradigm shift in the way airlines do business, beginning with the right model. She said aviation businesses that depended on government’s stimulus package and bailouts to survive may not be able to operate as usual.

“Therefore, the airlines must change the way they do business. And this unfortunate situation in which we find ourselves is a perfect motivation needed to engender the needed change. This period is a good opportunity for the airlines to re-evaluate their debts, their operations, and change their business models to include transparency, accountability, cooperation and collaboration.

“Gone are the days when airlines operated with impunity and believed that owing service providers and staff salaries was a business model. No business can ever survive on such a flawed belief. This is not a model used anywhere else in the world. The government doesn’t owe them (airlines) because they are private entities and this must be taken into consideration in preparing the new business plans. Airlines must also create a niche market for their operations and refocus their mission and objectives,” Sosina said.