Under the new agreement, Nigeria is expected to produce 1.66 million barrels a day of crude, higher than the current 1.4 million barrels per day being recorded by the country. 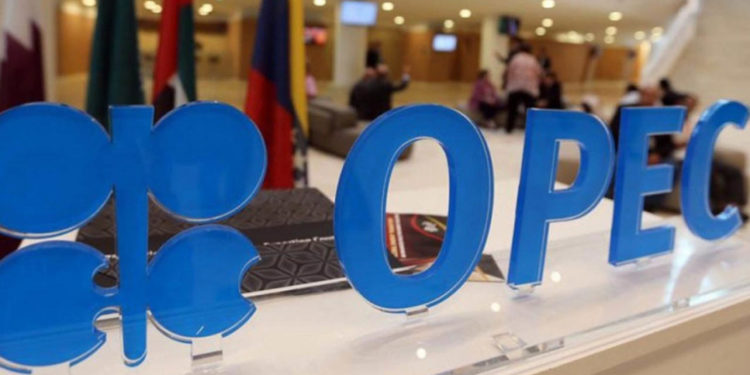 Nigeria’s production quota for December received a boost following an agreement by the Organisation of Petroleum Exporting Countries (OPEC) and its allies to increase combined crude quota by 400,000 barrels a day next month.

In the 2022 budget, the nation’s crude output stands at 1.88 million barrels per day (bpd), although its agreement with OPEC is roughly 1.47 million bpd.

The Chief Executive Officer Nigerian Upstream Regulatory Commission (NURC), Gbenga Komolafe, had hinted that Nigeria would raise the bar of crude and gas production from the current level of 1.4 million to 2.4 million bpd.

According to him, the new company would not only do everything possible to shore up the nation’s oil production quota and boost investments in the upstream segment, but also deliver a 21st Century upstream petroleum regulator anchored on principles of effective and efficient services, transparency, professionalism and cost consciousness.

The OPEC+ agreement ratifies an earlier recommendation by the Joint Ministerial Monitoring Committee (JMMC), despite mounting external pressure mounts for the group to boost output further.

Under the group’s agreement, the collective output ceiling rises by 400,000 b/d each month from August until April next year, and by 432,000 b/d a month from May 2022 until last year’s cuts are fully unwound. The increases must be rubber-stamped at monthly ministerial meetings and can be paused for up to three months if market conditions warrant it.

So far, the group has yet to deviate from the deal, ignoring persistent pressure from consuming nations for a quicker unwinding with crude prices above $80/bl for the first time in three years.

The White House — which has been notably vocal on the issue in recent months — sees the OPEC+ decision to withhold crude supply as the primary reason behind the increase in domestic gasoline prices. Alongside concerns voiced by key consumer countries Japan and India, the US has stepped up its rhetoric ahead of the today’s meeting.

U.S. Secretary of state, Tony Blinken met UAE foreign minister Abdullah bin Zayed Al Nahyan on the sidelines of the UN Cop 26 climate conference in Glasgow this week, where he highlighted US concerns about “ensuring well-balanced energy markets”, called on “producers, such as the UAE, to increase production until energy markets and broad economic conditions normalise in the wake of the Covid-19 pandemic.”

A number of OPEC+ producers, including Saudi Arabia, Iraq and Russia, have publicly defended the group’s policy to increase production slowly and consistently.

Some delegates said the current energy crisis is separate from crude markets, attributing the recent global price surge to coal and gas shortages.

Analysts estimate that gas-to-oil switching could add 500,000-1mn b/d to consumption over the winter. A delegate said this is likely to be felt at the end of the first quarter of next year and could be offset by slowing economic growth in China.

Uncertainty over the Covid-19 pandemic, including the possibility of a new wave of infections, remains at the forefront of Opec+ considerations.