Gordhan’s insistence on saving the airline comes at the expense of a reputation built on prudence and pragmatism. 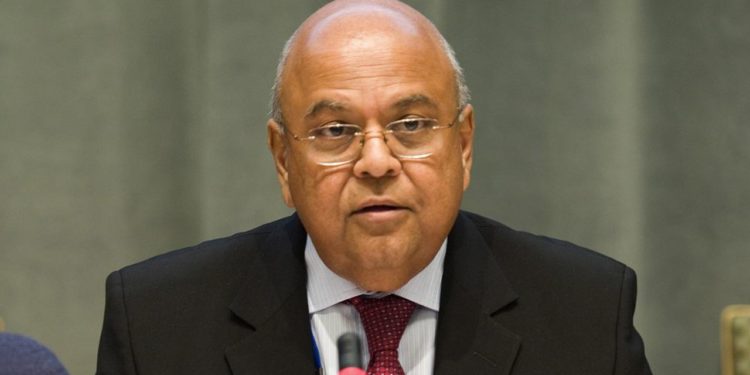 Pravin Gordhan, South Africa’s minister for public enterprises, is staking his own credibility and that of President Cyril Ramaphosa’s government on the creation of a new airline out of the ashes of the bankrupt national carrier.
Hit by the loss of the country’s last investment-grade rating on its sovereign debt and the Covid-19 pandemic, Ramaphosa has said hard choices will need to be made as the country restructures its economy. What the state decides to do with South African Airways could be a litmus test for that resolve.
SAA hasn’t made a profit since 2011 and was surviving on state bailouts and government-guaranteed debt even before the coronavirus forced the grounding of almost all its planes. Both Gordhan and the team of business-rescue experts currently running the airline have suggested a strategic investment partner could help restore the airline, but with carriers worldwide expected to burn through $61 billion in the second quarter alone the list of potential buyers looks thin.
And while South Africa’s National Treasury has found money for SAA in the past, the state’s finances have been severely stretched by efforts to contain Covid-19. The economy is forecast to contract as much as 16% this year and lose as many as 7 million jobs, and Ramaphosa last month announced a 500-billion rand ($27 billion) support package to contain the fallout.
“We’ve got our backs totally against the wall,” Cas Coovadia, chief executive officer of Business Unity South Africa, said in an interview. With regard to Gordhan, “we have the greatest respect for him, we just can’t see, given the facts of the matter, how SAA can be saved,” he said.
SAA’s board placed the airline in a local form of bankruptcy protection, known as business rescue, in December. The appointed administrators, led by Siviwe Dongwana and Les Matuson, were expected to propose a recovery plan to creditors by the end of February, but requested an extension due to delays to promised funding. A further postponement was granted after the coronavirus reached South Africa in March, and a final plan still hasn’t been presented.
After a request for further government funding was refused last month, the administrators said the best option was an orderly winding down with severance packages offered to all staff. While the proposal was blocked in court after an appeal by labor groups, it remains the business-rescue team’s preferred course of action, a spokeswoman said, declining to comment further.
SAA’s almost 5,000 workers aren’t currently being paid as they can’t provide their services due to the flight ban. They are receiving some compensation from the Unemployment Insurance Fund.
Gordhan, 71, has criticized the administrators, accusing them of wasting money and lacking transparency. His plan is to create a viable airline that isn’t reliant on state funding, while saving as many jobs as it can, the minister told lawmakers on Friday.
“These aren’t individual decisions,” he said. “It’s government decisions the department is implementing.” A spokesman for the Department of Public Enterprises declined to answer further queries.
Obstacles to Gordhan’s plan, which has the backing of unions, include the lack of state funding. Finance Minister Tito Mboweni has repeatedly made clear he’s reluctant to put more money into SAA and said he isn’t averse to the airline closing. Attracting an equity partner to invest in a perennially loss-making operation is also complicated by the government’s desire to retain control and a law that limits foreign ownership to 25%.
“There are not too many people at the moment that can invest, certainly not too many foreign airlines that can,” said Linden Birns, managing director of Plane Talking, a Cape Town-based aviation advisory service. “Who is going to put money in if they do not have a decent say on the board, or voting rights?”
Imprisoned and tortured for his role in the struggle against apartheid, Gordhan boosted South Africa’s revenue collection as head of the tax service and twice served as finance minister. In his last stint, during the rule of former President Jacob Zuma, he opposed attempts to interfere with the tax-collection service and embark on a costly nuclear power program.
“It’s very strange to see Pravin Gordhan coming out as dragging his feet. I didn’t think we would be negotiating about an airline that’s already dead,” said Ralph Mathekga, a political analyst and author of books about South African politics. “I thought logic would be dictated by current circumstances. It’s s just a surprise to see him as the weak link in Treasury’s program of reform.”
Source: iol.co.za