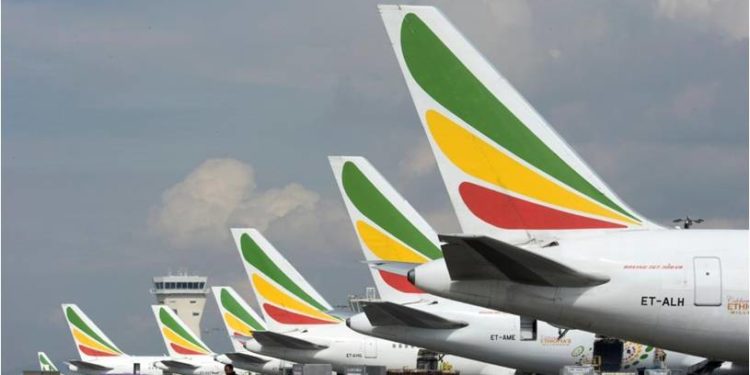 The airlines, under the aegis of the International Air Transport Association (IATA), said many airlines are on the brink of collapse without urgent support from their home governments.

IATA welcomed the support of those governments that had provided financial relief to airlines and urged other governments to follow suit before more damage is done.

The association that represents some 290 airlines had warned that Nigeria was at risk of losing 2.2 million overseas-bound passengers and $434 million of revenue if the coronavirus spread continues to escalate. The National Association of Nigerian Travel Agencies (NANTA) had recorded over 4000 jobs and N180 billion losses.

IATA’s Director-General and Chief Executive Officer (CEO), Alexandre de Juniac, said airlines are currently fighting for survival in every corner of the world.

“Travel restrictions and evaporating demand mean that, aside from cargo, there is almost no passenger business. For airlines, it’s apocalypse now. And there is a small and shrinking window for governments to provide a lifeline of financial support to prevent a liquidity crisis from shuttering the industry,” de Juniac said.

According to IATA’s latest analysis, released Tuesday, annual passenger revenues will fall by $252 billion if severe travel restrictions remain in place for three months. That represents a 44 per cent decline compared to 2019.

This is well-over double IATA’s previous analysis of $113 billion revenue hit that was made before countries around the world introduced sweeping travel restrictions.

“It did not seem possible, but in a matter of days, the crisis facing airlines worsened dramatically. We are 100 per cent behind governments in supporting measures to slow the spread of covid-19. But we need them to understand that without urgent relief, many airlines will not be around to lead the recovery stage.

“Failure to act now will make this crisis longer and more painful. Some 2.7 million airline jobs are at risk. And each of those jobs supports a further 24 in the travel and tourism value chain. Some governments are already responding to our urgent calls, but not enough to make up the $200 billion needed,” de Juniac said.

Brazil is allowing airlines to postpone payments of air navigation and airport fees.

China has introduced a number of measures, including reductions in landing, parking and air navigation charges as well as subsidies for airlines that continued to mount flights to the country.

Hong Kong Airport Authority (HKAA), with government support, is providing a total relief package valued at HK$1.6 billion (US$206 million) for the airport community including waivers on airport and air navigation fees and charges, and certain licensing fees, rent reductions for aviation services providers and other measures.

New Zealand’s government will open a NZ$900 million (US$580 million) loan facility to the national carrier as well as an additional NZ$600 million relief package for the aviation sector.

Qatar’s Minister of Finance has issued a statement of support for the national carrier.

Singapore has undertaken relief measures valued at S$112 million (US$82 million) including rebates on airport charges, assistance to ground handling agents, and rental rebates at Changi Airport. Sweden and Denmark announced $300m in state loan guarantees for the national carrier.

In addition to this support, the European Central Bank, and the United States Congress are expected to enact significant measures to aid the airline industry in their respective jurisdictions as part of large packages of broader economic measures.

“This shows that states around the globe recognize the critical role that aviation plays in the modern world. But many others have still to act to preserve the important role of this sector. Airlines are an economic and employment engine.

“This is demonstrated even as passenger operations shrink, as airlines continue to deliver cargo that is keeping the economy going and getting relief supplies where they are needed most. The ability for airlines to be a catalyst for economic activity will be vital in repairing the economic and social damage that COVID-19 is now causing,” de Juniac said.

IATA called for direct financial support to passenger and cargo carriers to compensate for reduced revenues and liquidity attributable to travel restrictions imposed as a result of covid-19.

Rebates on payroll taxes paid to date in 2020 and/or an extension of payment terms for the rest of 2020, along with a temporary waiver of ticket taxes and other government-imposed levies.