Since 2009, when China overtook the United States of America as Africa's leading trading partner, Beijing has made efforts to promote Africa's industrialization and capacity for manufacturing. 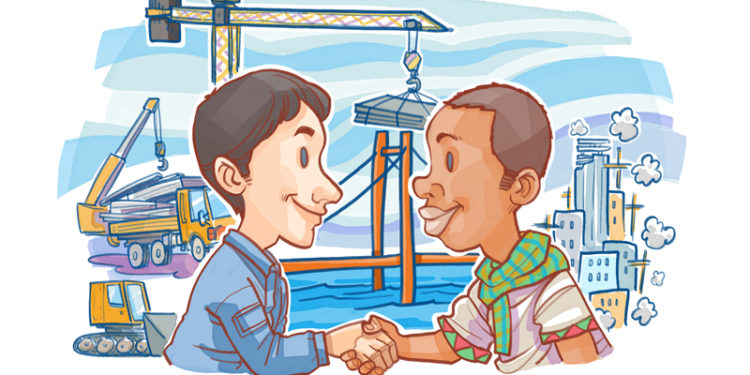 The narrative of a rising Africa will remain a pipedream as long as there is no industrialization and manufacturing. To this effect on Aug 18 to 19, the Africa Policy Institute (API)-Nairobi in partnership with the Embassy of the People’s Republic of China in the Republic of Kenya co-hosted a virtual two-half day conference themed: Enhancing China-Africa Cooperation on Fighting COVID-19 and Promoting Manufacturing.

The participants were eminent scholars drawn from Africa and China. Reflecting on the various submissions by the scholars, one school of thought that was strongly echoed by all is that Africa and China have always shared a spirit of mutual solidarity.

In 2015, China launched efforts to help Africa develop industries, ushering in a new era of China-Africa cooperation in manufacturing. At the FOCAC summit in Johannesburg on December 2015, China announced a 10-point cooperation plan to promote industrialization and agricultural modernization in Africa, devoting $60 billion to back up the plan.

Aligning with the African Union Strategic Framework – Agenda 2063, and the United Nations General Assembly Declaration of 2016 – 2025 as the “Third Industrial Development Decade for Africa”, the virtual two-half day conference that brought together over 40 African Scholars and 15 Chinese scholars emphasized China’s contribution to the war on COVID-19 across Africa and the efforts to revive the manufacturing sector after COVID.

Notably, African countries such as Kenya have sought to strengthen partnership with China to promote and develop its manufacturing industry. In the 2018 FOCAC summit in Beijing, industrialization was highlighted as a top priority for China-Africa cooperation.

By 2019, a number of major Chinese-assisted infrastructure projects were completed, including the Ethiopia-Djibouti Railway, Kenya’s Mombasa-Nairobi-Naivasha Standard Gauge Railway; and Cote d’Ivoire Soubre hydropower plant. These projects have provided transport and energy to develop local manufacturing needed to pay for their investment.

Further, China has supported the implementation of over 200 infrastructure projects. Currently, Chinese companies have completed and are building projects that are designed to “help add to or upgrade about 2,000 km of railways, 30,000 km of highways, more than 30,000 km of transmission and transformation lines, 85 million tons per year of port capacity, more than 9 million tons per day of clean water treatment capacity, and about 20,000 MW of power generation capacity” in Africa.

However, Africa’s industrialization and manufacturing sector has had its fair share of challenges as articulated by the African scholars.

For instance, many African countries, due to the attributes of globalization, have restructured their economies and have incorporated trade policies and liberal economics to support development strategies. However, these reforms have come with their own challenges, including the influx of imported commodities resulting in the closure of industries with consequential job losses.

Also, with less technological advancement and digitalization in the industrial sector, the ability of African countries to compete with other highly advanced economies is low. In Zimbabwe and South Africa, the challenge of inadequate and stable electricity power supply has affected the growth of their manufacturing sectors. Other countries like Kenya experience high power tariffs that have rendered the manufacturing market less attractive to many international investors.

Moving forward, key policy recommendations on boosting manufacturing in Africa were set forth.

First, we are living in a “new normal” imposed upon us by the deadly COVID-19 pandemic. COVID-19 is not only a threat to the health and medical sector but also an economic threat that if not properly handled will wipe out all our economies, livelihoods and human survival. Thus, it is of great importance to rethink how to improve the growth of Africa’s manufacturing sector and other economies as we continue with the fight against COVID-19.

Second, we need to build on past cooperation. China and Africa have a long history of cooperation that has formed the largest market in the world comprising of about 2.6 billion people. Both the two civilizations need to tap on this market to build their manufacturing sectors and as a whole their respective economies.

Third, both of the two civilizations need to focus on capacity building. On this, Africa needs to have policy integration and institutional coherence; build technical capacity; and think about the financing mechanisms that it needs in order to prioritize manufacturing and other sectors of the economy, and innovation. Technological transfers from China are necessary. This will lead to sharing of skills between the two partners. Also, there is need for political stability to avoid rising instability from undermining Africa’s development.

Fourth, we must engage in development centered on Africa and China. This requires the empowerment of think tanks to provide a knowledge base for Sino-African mutual cooperation.

Finally, Africa and China need to come out strongly as indicating that our future rests on supporting multilateralism, not unilateralism, or rogue diplomacy and weaponization of a disease to gain political mileage. Hence, the conference will have a declaration of universal principles on multilateralism as the cornerstone of building a community of shared destiny for humanity, that will be used to defeat COVID-19 and rebuild both China’s and Africa’s industries and manufacturing sectors in the post-COVID era.