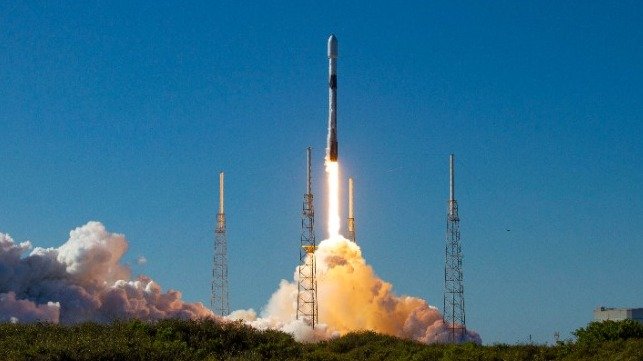 “This will monitor our seas and ensure security,” Musk said. “This will further cement South Africa’s position as an African leader in small satellite development and help the country to capture a valuable share of a niche market in the fast-growing global satellite value chain.”

He stated the satellite would contribute to South Africa’s economic development and that of the African continent.

Phil Mjwara, director general of the department of science and innovation, said the homemade satellite would save money, and South Africa would use the satellite to provide data to other African countries too.

“This demonstrates the country’s capabilities in building satellites,” he said. “We can get better by exporting them and creating jobs. Maritime data is wanted by communities that to monitor what’s happening to their fish stocks and we will provide that data.”

South Africa will also venture into bigger satellite developments, like those in earth observation, he said.

Nyameko Royi, Acting Chief Engineer at the Cape Peninsula University of Technology said the university is excited to launch a satellite that will monitor the country’s coastline and contribute to economic growth.