With the continent aggressively pursuing the development of its natural gas resources so as to ensure sustainable socio-economic growth, participants said Africa's gas has garnered significant regional and international attention. 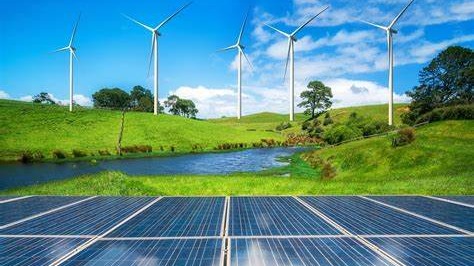 As African leaders return to their countries ready to implement commitments made at the COP 26 climate change summit, to shift from coal to clean energy sources, stakeholders see natural gas as the ideal transitionary resource for the continent.

The stakeholders who are gathering for a four-day Africa Energy Week conference in South Africa’s port city of Cape Town, said gas is readily available in Africa hence it could be the solution to the continent’s efforts to accelerate its energy transition as well as meet domestic demand.

They termed natural gas as the best resource for addressing energy poverty in the continent while mitigating climate change.

According to Energy Capital and Power, Africa’s leading platform for the energy sector, over 600 million people in Africa currently lack access to electricity and over 900 million have limited access to clean cooking.

The participants at the conference said available resources in Senegal, Mozambique, Nigeria and Tanzania among other countries, provide a critical opportunity for the continent to accelerate socio-economic growth and clean energy expansion.

“With the recent implementation of the African Continent Free Trade Area Agreement in January, opportunities for enhanced cross-border trade have opened up trade, liberalized markets, and incentivized the continental utilization of natural gas,” they said.

Taking South Africa, which has been struggling with electricity challenges, as a case study, participants said, utilization of natural gas as a power generation source offers newfound benefits for both the country and the wider region.

They said the significant resources available in southern African nations, especially Mozambique which has over 5 trillion cubic meters of reserves in the Rovuma Basin alone, have established new opportunities for gas-to-power in the region.

Akash Latchman, senior vice-president for Gas Sourcing and Operations for Sasol, a South African based integrated energy and chemical company, said gas should play a significant role in energy transition in South Africa.

“To unleash the potential of gas is critical in alleviating energy poverty in South Africa,” Latchman said.

“In terms of the role gas is going to play around the transition, it is important that we bring everyone along the value chain. There’s an entire value chain downstream where there is the expectation of beneficiation around that chain,” Mahanyele said.

To make African gas projects more bankable and attractive for international investors, Okwor said countries should be predictable and have a regulatory framework that is planned for the long term as well as ensure they have ample gas reserves and uninterrupted supply.

She said countries should also think about transmission and distribution aspects to both the domestic and international markets.

“If you can address these, you will see a lot more international and local investors, “Okwor said.

Gabriel Lorenzi, vice-president of sales at Galileo Technologies, a global supplier of technologies in the gas compression sector, said small scale is the solution to attracting investors in the sector.

“From a financial point of view, it is always easier for financial organizations to approach the financing of smaller projects that can be scaled. This will be a game changer. Start small and then scale up. We need to provide jobs while at the same time providing solutions to scale up,” Lorenzi said.