The closest independent forecasts to that of government itself for 2021 come from private research institutions, but this takes nothing away from their credibility. 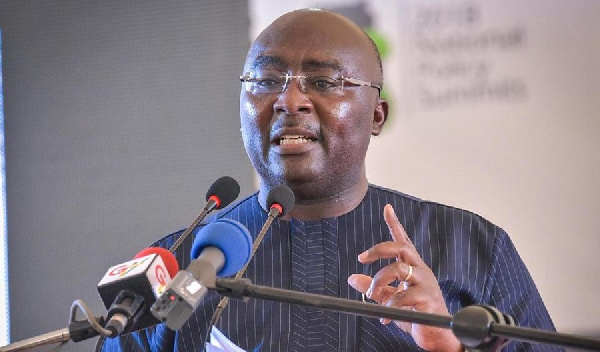 As usual, various institutions, ranging from the Brettons Woods institutions – the International Monetary Fund and the World Bank – private institutions such as Fitch Ratings and Trading Economics, as well as government itself, have begun unveiling their projections for Ghana’s key macroeconomic performance indicators in 2021. However, most projections are tentative at best due to the unprecedentedly unusual economic circumstances the country finds itself in just as with the rest of the world, due to the effects of the COVID 19 pandemic which now is delivering a second wave of infections, forcing renewed socio-economic restrictions in many parts of the world.

Because Ghana is just emerging from an election year, the incumbent President Nana Akufo Addo administration has not finished preparing its 2021 budget, having only received the mandate to do so following its victory at the December 7, 2020 elections and even this is still being contested at the Supreme Court by the leading political opposition party.
COVIDNOMICS: Ghana’s Ports &the future of African Continental Free Trade GSA maintains fees to bring relief to importers and traders However, in presenting its proposals to Parliament late last year for a financial appropriation with which to run government for the first quarter of 2021, pending completion of a full year budget, Finance Minister Ken Ofori Atta announced some preliminary targets for this year. The key ones are expectations of 5.8 percent economic growth for the year and a fiscal deficit of 8.4 percent, down from an earlier target of 9.4 percent.

However, government’s own growth projections should be seen as a target rather than a forecast; no other institution is quite as optimistic and instructively, the incumbent finance minister is on record as saying, when still the chief executive of Databank, the country’s biggest investment banking group that successive Ghanaian political administrations have been guilty of not being ambitious enough in the macroeconomic performance targets they have set for themselves. Instructively, while Ghana has seen a rebound in its economic growth (prior to the arrival of COVID 19 in 2020) even the relatively strong growth rates recorded between 2017 and 2019 have all fallen short of the levels targeted by the Ministry of Finance in its forecasts under his leradership.

Trading Economics, one of the most reputed privately owned and run global economic research institutions – and one of the most accurate over the recent past years with regards to econometric forecasting of Ghana’s macroeconomic performance – has now released its forecast which should be highly instructive, based on the degree of accuracy it has achieved in recent years.

Trading Economics projects Ghana’s economic growth will gradually pick up during the year so that on a year-on-year basis Ghana will achieve Gross Domestic Product growth of 2.0 percent for the first quarter of 2021, 3.5 percent by the second quarter, 4.7 percent by the third quarter and ultimately full year growth of 5.4 percent.

Some economists however point out that over the past few years Trading Economics’ forecasts have closely mirrored those of government and have thus tended to mirror’s government’s over-optimism. Indeed it is instructive that its 5.4 percent forecast for Ghana’s growth in 2021 is just 400 basis points lower than government’s even as the other forecasts fall short of 5.0 percent.

However two highly regarded research institutions have presented economic growth forecasts that are not much lower either. Focus Economics produces forecasts that aggregate the projections of an international panel of accomplished economists/ for 2021 they in aggregate foresee Ghana achieving 4.8 percent economic growth. Not too far behind them is the growth forecast of Nordea at 4.2 percent.

Interestingly, all of these forecasts foresee Ghana’s economic growth this year exceeding the average for sub-Saharan Africa as a whole as projected by the International Monetary Fund, of 3.1 percent. These ties in with the view of both the IMF and the World Bank, held in recent years that Ghana is poised to outperform the rest of the continent due to a combination of prudent fiscal policies, openness to international trade and investment capital inflows, and an generous natural resource endowment.

Curiously however, both the IMF and the World Bank have reversed this stance in recent times. Indeed, both institutions have drastically downgraded their growth projections for Ghana over the past few months to well below the 3.1 percent average growth they project for sub Saharan Africa as a whole,

The IMF has lowered its growth projection for Ghana in 2021 from the 5.9 percent it forecast back in April 2020 during the early days of COVID 19 – when its effects were still being grossly underestimated – to a mere 0.9 percent in its very latest forecast.

The World Bank is less pessimistic, forecasting Ghana’s growth for this year at 1.4 percent although this too is a major downgrade on 4.0 percent it was predicting as at the middle of last year. The World Bank asserts that even though the country’s agricultural sector’s contribution to Gross Domestic Product has surged in recent times, it will still not be enough to negate the adverse impact of COVID 19 on the other sectors of the economy, oil and non-oil.

The wide variance in the growth projections leaves huge uncertainty. However, local economists – excepting of course those with strong political dislike for the incumbent government – are mostly taking the optimistic higher forecasts.

They point out that the downgrades in the forecasts of the IMF and the World Bank are primarily because those institutions fret over the impact of Ghana’s current deficit spending levels and resultant surge in the public debt which have the potential to crowd out growth. But the optimists insist that expansionary supply side economics is the best way to instigate an economic rebound under the current circumstances and they point to the fiscal stimulus and monetary easing policies being adopted in the western hemisphere countries. Conversely though, the Bretton Woods institutions point out that the consequences of such policies in countries that can afford them are different from those in countries that are borrowing inordinately to finance them.

There is even an extremist conspiracy theory making the rounds spread by political economists who assert that the downgrades of Ghana’s growth prospects by the IMF and the World Bank are punishment for the country refusing to extend its programme with the former beyond 2019 despite pressure to do so from Washington. This though has been rubbished, even by pro-government economists who point to the strong financial support both Bretton Woods institutions have provided the country in response to its astute handling of the COVID 19 pandemic which they have both praised as exemplary.

Actually though, the two institutions are likely to be closer to the eventual outcome than the optimists with regards to economic growth in 2021 as government will be forced to retreat from expansionary economics this year for two basic reasons. One is that it simply does not have the fiscal space to try repeating the fiscal stimulus applied last year, since it has to reel in the fiscal deficit from at least 11.8 percent for 2020 to a targeted 8.6 percent in 2021, even as it tries to bring the public debt to GDP ratio back under the debt sustainability threshold of 70 percent.

The other is that while expansionary fiscal and monetary policy did not translate into runaway inflation and cedi depreciation last year because the economy was operating at well below its inherent capacity, both government and its central bank will have to be cautious this year as the ongoing economic rebound gradually returns the economy to its installed capacity levels of activity. Consequently, the growing consensus is that Ghana will do better than the IMF’s overly pessimistic forecast of 0.9 percent – and the World Bank’s 1.4 percent as well – but will not get even close to the 5;8 percent being targeted by government. This consensus puts the growth rate for 2021 at between three and four percent.

The worries about the potential for Ghana’s inordinately high public debt to curtail economic growth are genuinely founded. Fitch has forecast that Ghana’s public debt to GDP ratio could shortly peak at as much as 76 percent and Nordea is only slightly more charitable with its forecast that the ratio will reach 74.7 percent by the end of this year.

There is a strong and encouraging consensus for inflation this year though. Government is looking to bring it back to single digits and the BoG expects that it will fall to around the 8.0 percent median of its target band of between six percent and 10 percent by the second quarter of this year. Instructively the spike in headline consumer inflation to 10.4 percent in December from 9.8 percent in November is correctly being seen as a temporary blip resulting from the traditional surge in consumerism to mark the end of year festivities.

Actually it is with regards to the exchange rate that Trading Economics is most likely to get it wrong, going by past forecasts, This is because it still tends to base its predictive model on past trends that were largely influenced by speculative currency trading positions made against the cedi rather than actual macroeconomic fundamentals as have become dominant since the Bank of Ghana began using forward foreign exchange auctions to generate efficient price discovery. This means that TE is unlikely to foresee an appreciation of the cedi even if Ghana’s macroeconomic fundamentals point towards it.

TE predicts that the central bank will keep its benchmark Monetary Policy Rate at 14.50 percent through the first half of 2021, before lowering it to 12.00 percent through the second half of the year. This assumes further monetary easing, but this will depend largely on Ghana’s fiscal performance during the first half of the year. It is instructive that the BoG refrained from lowering the MPR further during the second half of 2020 despite the urgent need to give flagging economic growth a strong boost, simply because it was worried that combined with a record high fiscal deficit, sharp cedi depreciation and surging consumer inflation would ultimately result.

Government now wants to cut the deficit sharply this year and with re-election already under its belt it will no longer see the need for ill-affordable populist public spending to be done under the guise of social interventions to ameliorate the effects of COVID 19 on the general populace. This would open the door for an interest rate cut sometime during the year.

Actually though, due to the uncertainties of the ongoing second wave of COVID 19 and the election petition now being considered by the Supreme Court, economic forecasts are likely to more of guesstimates this year than estimates. Corporate Ghana and the investment community – direct and portfolio alike – will have to largely play it by ear this year.