“The work that we do is a kind of mental torture,” one employee still working for Sama told Time. 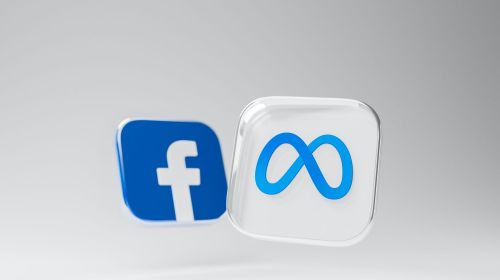 Facebook’s content moderators in Africa are among the social media giant’s lowest paid staff, but must deal with disturbing content that creates a kind of “mental torture” and “trauma,” Time magazine said in an investigation published this week.

The US tech giant has outsourced content moderation in all of sub-Saharan Africa to a company named ‘Sama’ that operates an office on the outskirts of Kenya’s capital of Nairobi. The building houses hundreds of people that have to work “day and night,” according to Time.

Sama describes itself as a company providing “dignified digital work” and claims to have helped lift more than 50,000 people in developing nations out of poverty.

The company also has contracts with other US tech giants like Google, Microsoft, and the Walmart retail giant.

Since 2019, the Nairobi office has been the center of Facebook’s moderation in sub-Saharan Africa. Staff there review and remove illegal content before ordinary Facebook users can see it. The content includes videos of murders, rapes, suicides, and child sexual abuse, according to Time.

“The work that we do is a kind of mental torture,” one employee still working for Sama told Time. The magazine has said it was aware of at least two moderators who resigned from the job after being diagnosed with mental health issues, including post-traumatic stress disorder (PTSD), anxiety, and depression. “Many others” told the outlet they were unable to get formal diagnoses due to lack of access to mental health services.

Sama employs “wellness counselors,” but employees told Time they distrust those specialists and that requests for “wellness breaks” were often denied over fear they would affect productivity.

Despite a workplace culture characterized by “mental trauma, intimidation, and alleged suppression of the right to unionize,” workers at the Nairobi office are amongst the lowest-paid Facebook workers worldwide, Time said, adding that some of them earn as little as $1.50 per hour.

“Whatever I am living on is hand-to-mouth. I can’t save a cent,” one employee said. A planned strike by the moderators in Nairobi demanding better pay and working conditions in 2019 was also prevented by Sama executives, who fired the would-be strike leader. At the time, Sama apparently told the employees they were “expendable.” The company denies any strike or labor action has ever taken place.

Facebook does periodically send its own employees to Nairobi to monitor Sama’s operations, Time said. However, it added that the stories from Sama workers “raise serious questions about whether Facebook… is exploiting the very people upon whom it is depending to ensure its platform is safe.”

Facebook employs over 15,000 content moderators globally. Most of them are hired through third parties like Sama. Responding to Time’s questions, the US tech giant said that it takes its “responsibility to the people who review content for Meta seriously” and demands its partners “provide industry-leading pay, benefits and support.”