Equatorial Guinea: From the island of Annobon, the Maga brothers arrive with pure talent

From a percussionist father and a mother devoted to her home, the Maga brothers are originally from the Island of Annobon, located in the South of the spanish speaking country 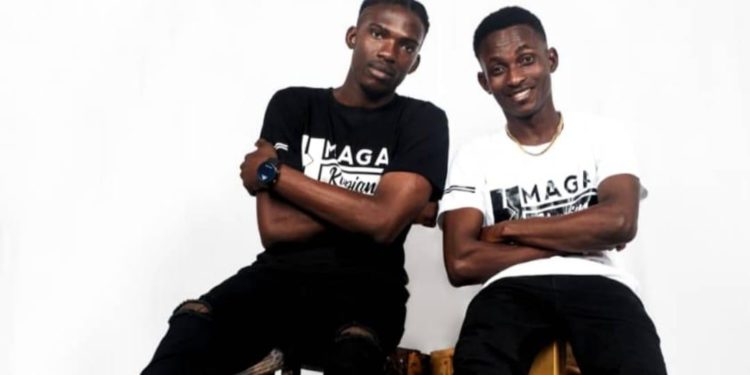 Although they have been surrounded by music since childhood, it was not until 2018 that they professionally entered the music industry with the song “nene Manga penn”. Their journey led them to make their first steps in Rap and R&B until they now settled in Afropop d’ambô, a fusion of modern and traditional sounds typical of Annobon.

Leo and Elpi Maga Kupian are two brothers who share the same passion for music. Epi, the eldest, was born in Malabo, but shortly after he moved to the island, his home town, where Leo was born.

2020 was the most popular year for the duo as Leo, the youngest, published the single Godo Mie (my sweet love), a romantic song that had an important impact at the local level, reaching the list of the 20 best hits of 107.0fm, Asonga Radio. A year later, the brothers began working on their first studio album, “Fa godo”, an album with the essence of the duo in the 9 songs that make up the album.

They have been inspired by artists such as:

Joshua, Alfaro and Rommy so Love locally.  Internationally, by musicians like Ed Sheeran and Chris Brown. If they had to collaborate with a national artist, it would be Mac Miguel B, because like them, he always remembers his origins through his music and for the duo, that is important.

The Maga brothers have started a journey in the Equatorial Guinean music industry with the intention of maintaining their seal and always representing their culture, wanting to delve into different musical genres, sing in other languages, but always combining the traditional sounds of Annobón and their dialect, the fadambo.

For now, we can enjoy Fa godo, their first studio album that is already available in physical format and will be on digital platforms very soon.