Tony Allen, the co-founder of musical genre afrobeat along with former bandmate Fela Kuti, died in Paris on Thursday night of unknown causes, according to his manager 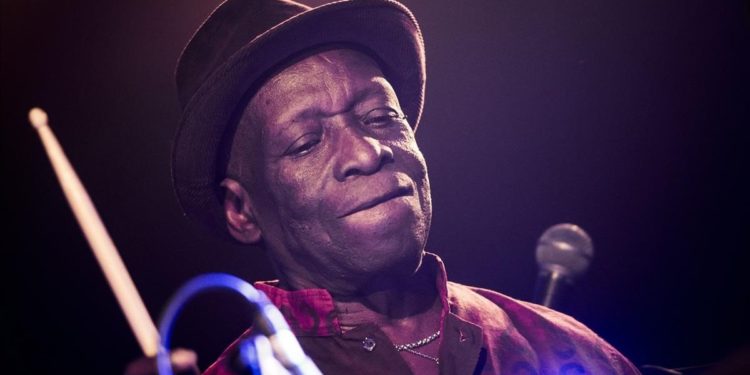 “He was in great shape, it was quite sudden. I spoke to him at 1:00 pm, then two hours later he was sick and taken to Pompidou hospital where he died,” he manager Eric Trosset told Agence France Presse. He said that his death was not linked to Covid-19.

Allen collaborated in the 1960s and 70s as drummer and musical director of Kuti’s band Africa ’70. They worked on 40 albums together, for a total of 26 years. Kuti had to get four drummers to replace the void Allen left when he quit the collaboration.

The two musicians created and defined afrobeat, which melds West African music, including highlife and fuji genres with American jazz and funk.

The iconic drum beat provided the basis for Fela to lay down his philosophy of revolution and pan-Africanism, creating a place in the struggle for independence and freedom on the continent.

Considered a ‘drummer’s drummer’, Allen was revered for his craft the world over. His skills, honed from the age of 18, inspired a generation of musicians.

“The epic Tony Allen, one of the greatest drummers to ever walk this earth has left us,” wrote Flea, the bassist of the Red Hot Chili Peppers on social media. “What a wildman, with a massive, kind and free heart and the deepest one-of-a-kind groove…He was and still is, my hero,” he added.

Throughout his career, Allen played with a number of top musicians, drumming for supergroup The Good, the Bad & the Queen, which included Blur singer Damon Albarn and The Clash bassist Paul Simonon.