The New York State Department of Health appeared to announce this week that non-white New Yorkers would receive priority over whites in receiving “extremely limited” Covid-19 therapies for people at risk. 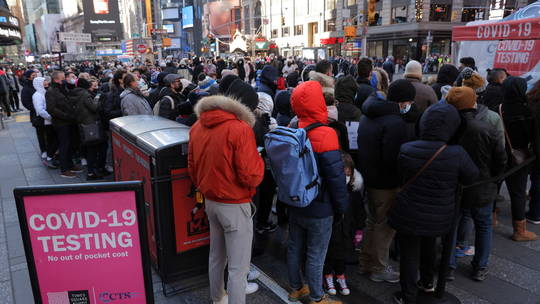 In a document dated December 27, the Department of Health announced that two antiviral oral therapies – Paxlovid and molnupiravir – had received emergency use authorization and would “reduce the risk of hospitalization and death by 88% and 30% respectively.”

The department said supplies would be “extremely limited initially” and would therefore have to be distributed based on its “guidance on prioritization.” That guidance currently prioritizes those who are either moderately or severely immunocompromised or have at least one risk factor for severe illness. Though these risk factors include suffering from cancer, dementia, or diabetes, among other diseases, the department stated that being non-white “should be considered a risk factor, as long-standing systemic health and social inequities have contributed to an increased risk of severe illness and death from Covid-19.”

Social media users have expressed outrage over the guidance, describing it as “blatant racism” and “morally appalling.”

“How is the race or ethnicity of a patient a legitimate criterion for the allocation of scarce clinical resources (like drugs or hospital beds) by a government entity in 2021 in the USA? And how could this even be constitutional?” questioned Yale Professor Nicholas A. Christakis.