Coronavirus cases rise to 11 in Ghana

The Ghana Health Service has confirmed two more cases of the coronavirus pandemic in Ghana. 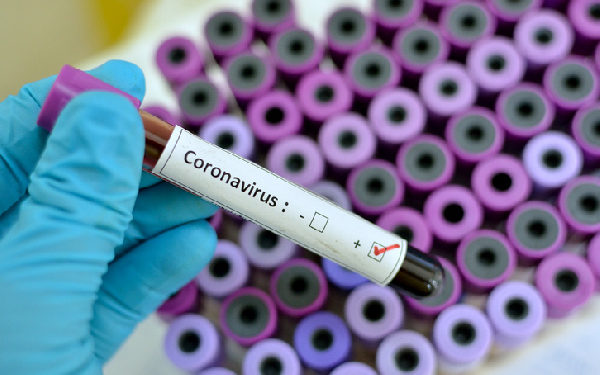 “The first is a 59-year-old Ghanaian woman, resident in the United Kingdom who recently returned to Ghana and currently living in Kumasi, reported to a private hospital with the history of fever (temp of 39.1 degrees celsius), general malaise, cough and runny nose. Her condition was suspected to be COVID-19. Sample was subsequently collected and sent to KCCR and the report was received this early morning as positive for COVID-19.

“The second case is a 61-year-old Lebanese male trader and resident in Kumasi. He felt unwell and reported to a health facility with fever (temp 39.4 degrees celsius), and cough. The sample tested positive for COVID-19.

“Both case patients are being managed in isolation and responding to treatment,” the Ministry’s website disclosed.

This brings to a total, eleven cases recorded as at 15 hours in the country.

Information Minister Kojo Oppong Nkrumah cautioned that the next two weeks would be very critical in determining if the widespread disease will rise to community level or otherwise.

“The health experts tell us that the next two weeks are going to be critical in determining whether or not we are going to get significant community spread. They tell us that the general theory pandemic management is that often it is likely the numbers go up a bit before it curves or the situation gets better.

“Therefore, they are bracing for the possibility of some limited recordings of more cases in the medium term but they continue to assure us that the systems they are putting together and continue to ramp-up are such that we will be able to contain it and hold this virus in check,” he told journalists present.

Meanwhile, the Ministry of Health has assured that patients who were first reported to have contracted the disease are recovering progressively.