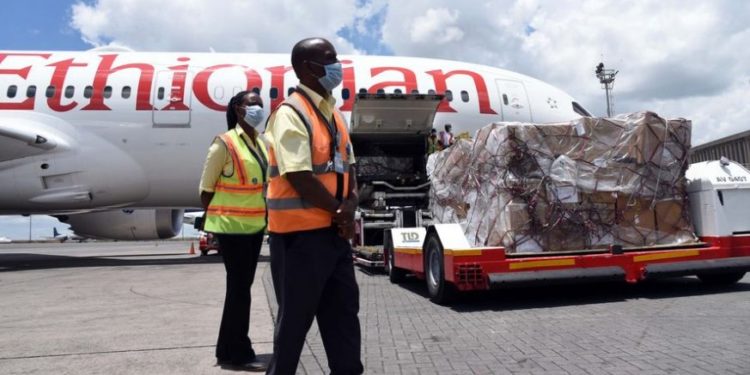 “We have received 25,000 testing kits from Jack Ma. We are thanking our medical fraternity for fast-tracking testing and other health services they are offering,” Kagwe told journalists after announcing nine new cases, bringing the total number of confirmed Covid-19 cases in Kenya to 25.

“The equipment we have received today will go a long way in enhancing the safety of our health workers,” he added.

Kenyan is among several African governments who have imposed stringent measures, including restricting travel movements and close contacts, among others, to curb the spread of the deadly virus.

The donation comes after the World Health Organization said its planning to help countries set up pop-up hospitals that could be equipped with oxygen and ventilators.

Jack Ma’s donation to African nations is the latest in a series of initiatives by the Jack Ma Foundation and Alibaba Foundation to support the world’s efforts to fight the pandemic.