According to the World Health Organization, 12 African countries, including the Democratic Republic of Congo, Nigeria, Uganda and South Africa, are clinically testing traditional medicine for management of COVID-19. 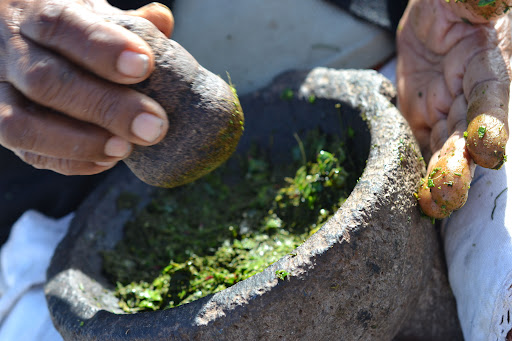 Since the introduction of Western medicine during the colonial period, a development that saw some ancient healing methods outlawed, many African nations haven’t integrated indigenous remedies into conventional medical practice.

However, the pandemic response has created an opportunity for consideration of traditional medicine therapies, to the delight of traditional herbalists.

In addition, Madagascar’s herbal remedy, COVID-Organics Plus Curative, is in Phase 3 trials, and encouraging preliminary results have been reported.

Mbaabu Mathiu, coordinator of the Center for Natural Products and Bioprospecting at the University of Nairobi in Kenya, said the COVID-19 pandemic has increased awareness among the public about the use of traditional medicine.

“Traditional medicine works. It’s what Africans depended on since time immemorial, and I’m happy that the WHO recognizes that. The UN agency has even come up with rules and good manufacturing practices for herbal medicine and is pushing for their production,” Mathiu said.

The fact that 40 countries across Africa have a policy on traditional medicine, and 21 of those have laws regulating such medicine, is a big step, he added.

Mathiu said many Africans have been using traditional remedies either as a preventive measure or for management of COVID-19 infections, even though such medicines have not been authorized in many countries.

He said the use of traditional medicine has particularly helped people living in Kenya’s rural areas to fight COVID-19.

In Kenya, there is one traditional herbalist on average for every 400 people in rural areas, while in urban areas, the ratio is one for every 800 people, compared with one medical doctor for more than 7,000 people, Mathiu said. “These figures are testimony to the wide use of traditional medicine,” he added.

Since the outbreak of the pandemic, many people have taken to steam inhalation using various concoctions, in addition to consuming a mixture of ginger, garlic and lemon.

Mary Mbithe, who contracted COVID-19 last month and recovered, said that in addition to taking medicines prescribed by a doctor, she regularly used steam with menthol crystals.

“I believe steaming helped to kill the virus before it could affect my lungs,” she said.

Mbithe said one of her friends, after experiencing COVID-19 symptoms, bought a famous herbal medicine used by the Maasai ethnic group and used it for two days, after which the symptoms disappeared.

The 50-year-old mother of three said that while she was growing up, her grandmother would boil a concoction of various medicinal plants that were inhaled with steam.

She said she hopes traditional medicines will be considered for treatment of other serious diseases.

Motlalepula Matsabisa, the chairman of the WHO Regional Expert Advisory Committee on Traditional Medicines for COVID-19, said that medicines and vaccines for all modern-day illnesses, diseases and pandemics have their origin in traditional medicine or natural products, so there is hope that more such drugs and vaccines can be developed.

“Even though various effective vaccines have been developed to combat COVID-19, this deadly pandemic requires all the efforts from different aspects of health intervention. There is possibly not one single intervention to stop the COVID-19 pandemic, so we are looking at nonpharmaceutical and pharmaceutical interventions, including the development of herbal and traditional medicine-based pharmaceuticals for COVID-19,” Matsabisa said.

Eliud Legishon, a Maasai herbalist who sells traditional medicines in Nairobi, said demand for his herbal remedies has increased, especially those used with steaming to fight the flu, as people look for alternatives amid the COVID-19 pandemic. He believes that his medicine is also important in boosting immunity, and this can help fight the virus.

The herbalist, who learned his skills from his father, said that knowledge of African traditional medicine has been developed for centuries and should not be overlooked.

“Colonizers castigated African medicine and spirituality by degenerating it to witchcraft. The West saw our treatment modalities as failing to meet common understandings of what they consider to be best practices. However, our medicine has always existed because of the role it plays, especially in informal settings where health facilities are not available,” Legishon said.

Mathiu, from the University of Nairobi, said that despite the increasing popularity of traditional medicine among Africans during the pandemic, the lack of a proper regulatory framework has been a key impediment to development of the continent’s traditional medicine.