The authority received 20 new suction equipment carried on trucks, tasked with sucking dust and waste from alleys, instead of the traditional brooms, which workers used to use in daily sweeping. 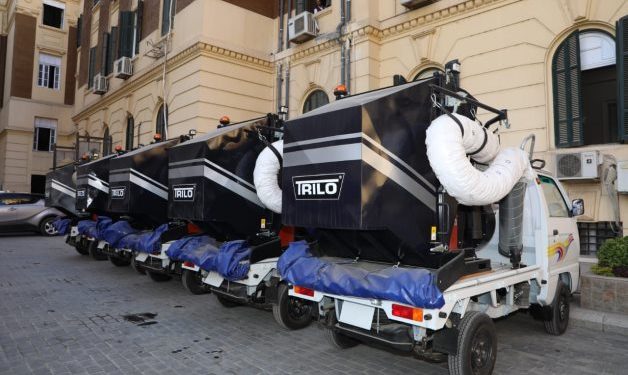 Cairo’s cleaning sector was divided into four regions, where two companies took over the tasks of cleaning the eastern and western regions, while the Hygiene Beautification Authority is concerned with cleaning the norther and southern regions.

In the same context, the authority is studying to purchase modern equipment for cutting trees, so that the authority’s workers can deal with heights and produce shapes and cuts that reflect the aesthetic form of gardens and parks.

The number of new equipment is 20 mechanical waste suction carts, at a cost of 13 million pounds, as Major General Khaled Abdel Aal, Governor of Cairo confirmed that the hygiene authority seeks to continuously modernize the fleet of equipment aiming to preserve the civilized and aesthetic appearance of the capital, as well as preserving the health and safety of citizens.

He further added that the hygiene system in the capital witnessed a great improvement during the last period.

The head of the Cairo Cleaning, Beautification and Lighting Authority, Major General Ihab El-Shershaby, explained that the new waste-collecting suckers are similar to those in the developed world, and they replace the traditional form of garbage collection.

The uniforms of the hygiene authority workers were also changed, so that the worker appears in a proper suit.

The new uniform consists of a shirt and pants “red and green with phosphorous colors”, a helmet, gloves, special shoes and eye protection glasses. The Hygiene and Cosmetic Authority relied on the authority’s production workshops to manufacture workers’ clothes.