Egypt’s Health Ministry announced Thursday that 39 new cases have tested positive for the novel coronavirus (COVID-19), bringing the total number of infections in Egypt to 495. 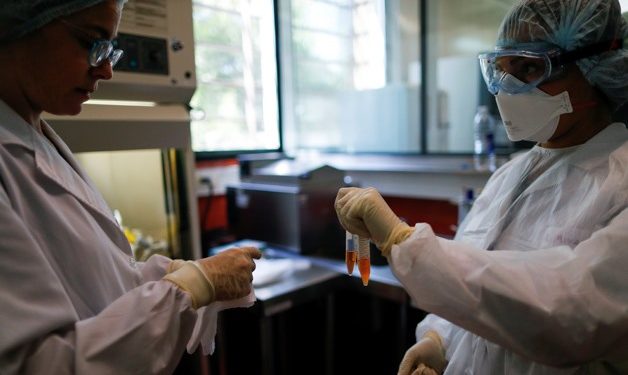 The recovered cases included one foreigner and six Egyptians, he added.
Egypt recorded three new deaths, taking the total number of fatalities from the virus to 24, he noted.

Earlier on Wednesday head of the Egyptian Nursing Syndicate said that nineteen nurses from different hospitals in Egypt contracted Covid-19.

The hospitals include the Imbaba Fevers Hospital in Giza, Kawthar Mahmoud said, in an interview with Al-Tase’a on the state-run Al-Oula TV (Channel 1). The 19 nurses are being monitored, she added.

“Egypt has a decisive opportunity to effectively control the outbreak and prevent local transmission of the Coronavirus,” said the World Health Organization (WHO) office in Egypt on Thursday.

“Containing the virus in Egypt also requires the government and the entire community to concert efforts,” the office added on its official Twitter account.

Egyptian Prime Minister Mostafa Madbouly, in a press conference on Tuesday, announced a dusk-to-dawn curfew between 7:00 p.m. and 6:00 a.m. for 15 days, in a bid to prevent large gatherings and movement of citizens, unless absolutely necessary.