The government has also warned citizens here who plan to travel abroad or remain outside Japan to be especially careful, according to public broadcaster NHK. 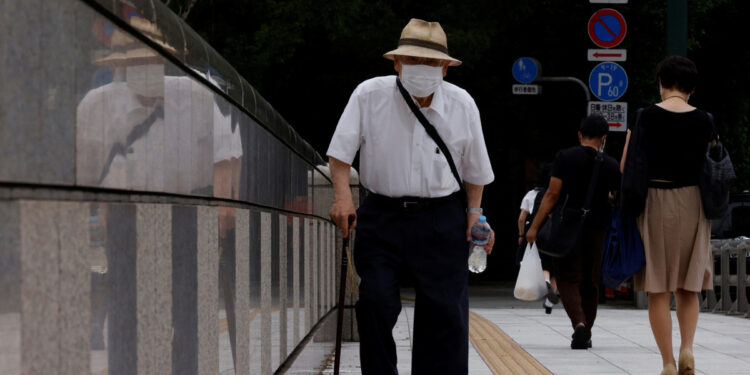 The alert level, the lowest on the country’s four-tier scale, was issued earlier in the day, ahead of the announcement Monday evening that the health ministry here had detected the first case of the disease in the Tokyo area.

Amid a global outbreak of the virus, declared a global health emergency by the World Health Organization (WHO) on Saturday, the Japanese government has asked its nationals overseas to take extra precautions against catching the disease.

A task force to deal with the outbreak of monkeypox, a tropical disease with symptoms similar to smallpox, has been formed in Japan and is headed by Deputy Chief Cabinet Secretary for Crisis Management Takashi Murata.

The task force held their first talks Monday and outlined its strategy to fight the arrival of the disease.

Deputy Chief Cabinet Secretary Yoshihiko Isozaki, meanwhile, told a press briefing on the matter Monday that “the task force will work with international organizations to collect data on monkeypox patients outside Japan to learn how other countries are dealing with the disease”, NHK said.

According to NHK, the task force will prepare for Japan’s suspected cases of monkeypox “by determining testing methods for the disease and setting up medical institutions that accept patients”.

Isozaki said that Japan had strengthened its monitoring of the disease at its borders and that visitors to the country are being encouraged to report any possible symptoms of the disease to authorities.