Nearly 17,000 cases have now been reported from 75 countries, and the outbreak has so far caused five deaths, said WHO Director General Tedros Adhanom Ghebreyesus at a news briefing. 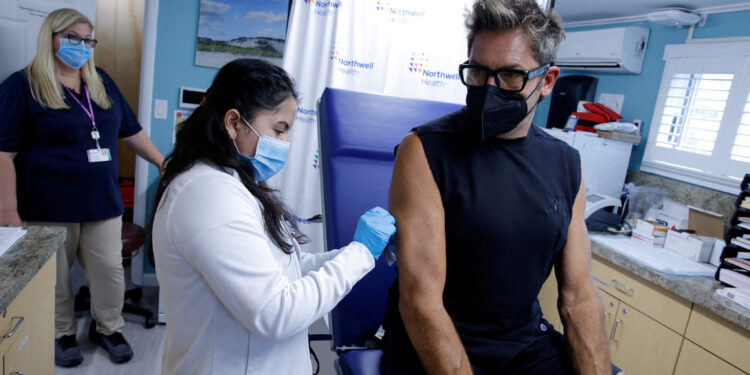 The World Health Organization, or WHO, has declared the monkeypox outbreak a “global health emergency” of international concern following a surge in cases worldwide.

“We have an outbreak that has spread around the world rapidly through new modes of transmission about which we understand too little and which meets the criteria in the international health regulations,” said Tedros.

“Nine and six is very, very close. But at the same time there was no consensus,” Tedros said. “Of course, since the role of the committee is to advise, I then had to act as a tie-breaker.”

He said the WHO assessed the risk of monkeypox as moderate globally and in all regions, except in the European region, “where we assess the risk as high”.

European Union Health Commissioner Stella Kyriakides said last week that she was concerned about the increasing number of cases, which had risen by almost 50 percent in the EU in a week, reported Politico.

READ MORE: WHO: Urgent call for better use of existing vaccines and development of new vaccines to tackle AMR

The WHO described the upsurge in cases of monkeypox outside Africa, where the virus is endemic, as an “extraordinary event” that requires a coordinated global response, reported the Agence France-Presse, or AFP.

The WHO’s emergencies chief, Michael Ryan, said the global community needs to take the current outbreak seriously, and described the move as “a call to action”.

Since being detected in May, it has spread throughout the world, with Europe as its epicenter. Experts fear the outbreak could spill over into more countries.

READ MORE: Five African nations are among 10 countries which are most exposed to Ukraine crisis — UNDP

“Monkeypox is spinning out of control and could become endemic outside of Africa,” Lawrence Gostin, director of the O’Neill Institute for National and Global Health Law, said in a post on social media.

Tedros said anyone can be infected with monkeypox but during the current outbreak, cases have been mostly identified in men who have sex with men, with infections being transmitted through close contact during sex.

The WHO has urged countries to speed up research into the use of vaccines and treatments; intensify surveillance and public health measures; and to give advice on international travel.