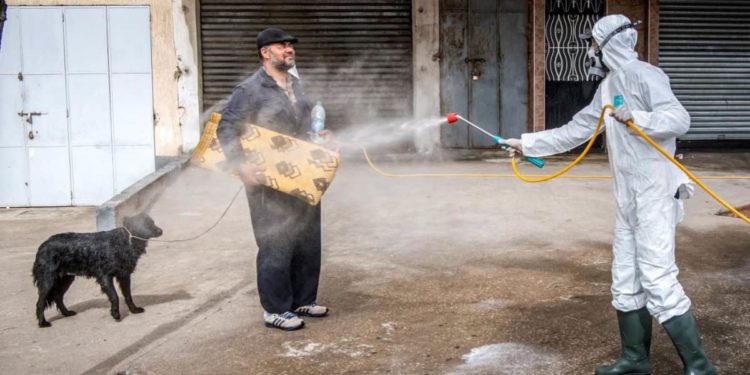 Morocco has authorised hospitals to use antimalarial drugs in treating the new coronavirus, according to a document seen by AFP, as scientists urge caution over encouraging results from small trials.

The Moroccan health ministry on Monday gave hospitals and regional health directors the green light to start using hydroxychloroquine and related compound chloroquine “in the care of confirmed COVID-19 cases”.

In a message seen by AFP, it said that “efforts have been made to ensure the availability of these medicines”, urging caution in how the stocks are managed.

The capital Rabat last week ordered the Moroccan branch of French drug maker Sanofi to hand over its entire stock of Nivaquine and Plaquenil, both of which contain chloroquine.

Studies in France and China have found that the drug helped patients suffering from the COVID-19 illness, and France on Monday ordered its use in severe cases.

Trump: Cloroquine a ‘gift from God’

US President Donald Trump on Monday said chloroquine could be a “gift from God”.

He has been criticised by scientists for overhyping the drug, and on Monday the World Health Organisation (WHO) urged caution over its use.

NBC later reported that a woman in Arizona who heard Trump talk about chloroquine ended up in hospital and her husband died after they took a form of chloroquine she had used to treat her koi fish.

Experts have urged the public to remain cautious until larger clinical trials validate the smaller studies.

In its note, Morocco’s health ministry said it took its decision after consulting with a scientific committee which recommended prescribing chloroquine along with another drug called azithromycine.

Morocco’s transport minister Abdelkader Amara, who tested positive for the new coronavirus on 14 March, has already said he was taking Nivaquine.

“My health is stable. I have no fever or respiratory symptoms. The headaches are almost gone. I just feel a little tired,” he told private radio station Medi 1.

Morocco has recorded 143 cases of the COVID-19 illness, with four dead. The country has three screening centres and 1 642 intensive care beds for 35 million inhabitants.