The doctors, under the auspices of the Association of Resident Doctors, Olabisi Onabanjo University, Sagamu, said they have resolved to discharge their duties during working days of the week only 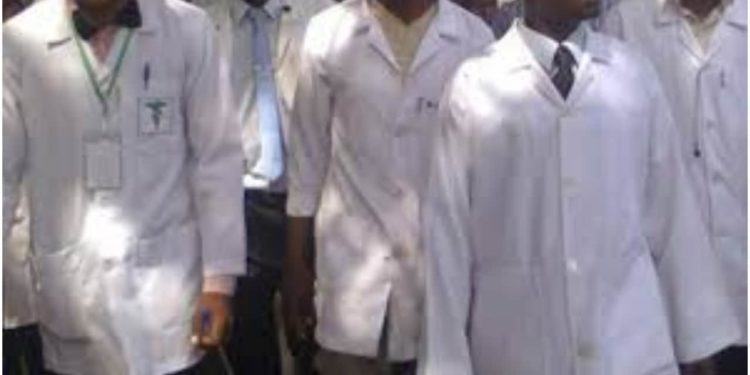 Doctors in Ogun State have embarked on what they termed weekend strike.

This, they said, was because of their concern for the people in these trying times, saying “we have decided to sit at home on weekends.”

DAILY POST reports that the resident doctors had earlier embarked on a three-day warning strike, alleging that there has not been any commitment whatsoever from the Ogun State government on the issue of Appropriate Remuneration, Entry Level, New Minimum Wage, Hazard allowance and Life Insurance for their members.

The medical practitioners said they have written letters to government, but there was no response.

Abiodun, it was reported, promised the health workers that he will put in place life insurance policy for them, increasing their hazard allowance by 300 per cent.

He said he would have started the life insurance programme immediately, but he is waiting to go along with the Federal Government, which he said was also planning something similar.

Also, he assured that health workers would benefit from the new minimum wage.

But, in a statement signed by the President, Dr Mutiu Popoola, on Friday, the association said they were chastised at the meeting they held with Gov Abiodun for allegedly choosing to go on strike during this period of pandemic.

“We gave ultimatums, still no response. And then we went on a warning strike. Then we were called to a meeting. But surprisingly, we were chastised for choosing this time to agitate. But that is not true, our agitation pre-dated COVID-19 Pandemic by many months,” he said.

Speaking further, Popoola said the association had expected that the government would look into their requests after the meeting.

He, however, expressed displeasure, when he said, “but alas, like the proverbial cutlass, it still landed on the flat side! The sincerity on the government’s side is invisible to us.”

In their resolution, the resident doctors said:
“Since the government has chosen to simply rub the issues, without any form of real commitment to begin to treat us fairly, we have resolved to discharge our duties only during working days of the week because of our concern for the people in these trying times, we have decided to sit at home on weekends.

“We hope the Ogun State government will wake up to its responsibility and our congress shall review in two weeks, if any worthwhile transformation occurs. We have decided to leave our members working directly in the COVID-19 treatment centre to go on with their duties uninterrupted, within this additional two-week wait, after which we would reappraise and determine what next.

“We are sincerely willing to attend to the health needs of Ogun State and its environs, and we have waited and waited and waited, but there is a limit to which it would be right to keep on enduring this insensitivity to the continued unfair treatment of the resident doctors.”