Benin has just received 100,000 doses of Sputnik Lite vaccine. This is a gift from Russia given to Beninese authorities on Monday 24 January at Cotonou airport. 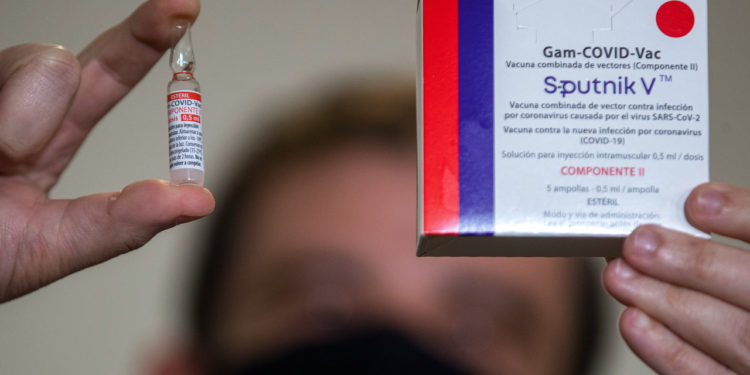 The Russian vaccine Sputnik Lite is now added to the list of vaccines available in vaccination centers in Benin as part of the fight against Covid-19. 100,000 doses of this precious liquid were handed over by the Russian ambassador to Benin, Igor Evdokimov, to the Beninese government represented by Hervé Djokpé, Secretary General of the Ministry of Foreign Affairs and Cooperation, and senior officials from the Ministry of Health.

On this occasion, Igor Evdokimov recalled the friendly character of the Russian-Beninese relations whose 60th anniversary will be celebrated on June 4. The Russian ambassador testified to the great effectiveness of this vaccine against the new strains of Covid-19 including Omicron.

Hervé Djokpé expressed the deep gratitude of the Beninese Executive to the government of the Russian Federation and to the Russian Direct Investment Fund (Rdif) for this important donation which enriches the vaccine offer of Benin.

Sputnik Lite joins the Johnson & Johnson (Janssen), CoronaVac (Sinovac), AstraZeneca and Pfizer vaccines available in the various vaccination centers throughout Benin. As of January 2, 2022, Benin has 538 active cases for a total of 25,522 confirmed cases, including 24,823 cured cases and 161 deaths.