Unibrol is a type of antibiotics used in the treatment of intestinal infections. 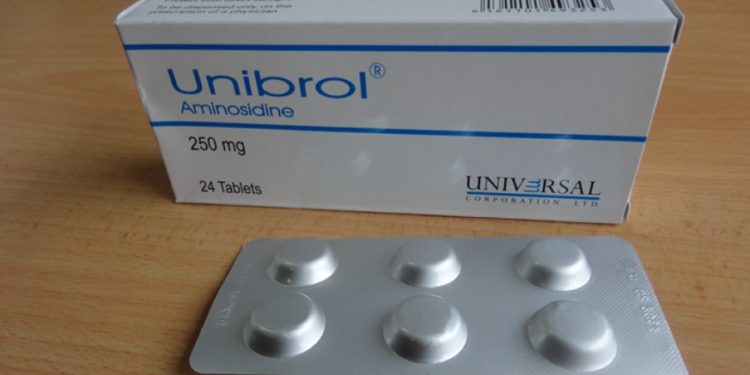 The food and drugs regulator said that decision was taken after conducting different spontaneous assessments on the drug from retail pharmacies and preliminary investigation findings.

According to a notice signed by the acting Director-General of the authority, Dr Charles Karangwa, drugs from the concerned batches are to be taken off the shelves and stored pending an outcome of a full investigation.

The concerned batches are 5806898 and 5806675 both manufactured by UNIVERSAL Corporation Ltd based in Kenya.

“We found these medicines with an issue of changing color for some tablets of the same blister; some tablets have yellow color while others have white color. It is in that regard that the following batches are called for quarantine while the Authority is conducting further investigation,” reads the announcement.

The whole concerned value chain using the drug has been ordered to quarantine it.

“Rwanda Food and Drugs Authority instructs all importers, central medical stores, wholesalers, district pharmacies, retailers, public and private health facilities in possession of the mentioned batches of Unibrol (Aminosidine Sulphate USP 250mg) to quarantine all quantities in their stores until the investigation is concluded,” the announcement adds.

Going by the description, Unibrol/Aminosidine Sulphate USP 250mg was manufactured by UNIVERSAL Corporation Ltd based in Kenya.

Since then, different drugs and foods were suspended from the market.

For instance, in November 2019 The Rwanda Food and Drugs Authority (FDA) suspended a Kenyan-made Paracetamol drug over quality issues.